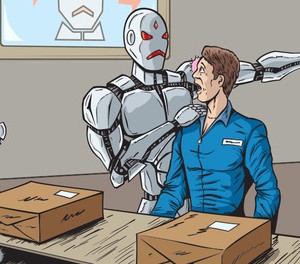 Australian workers who are adaptable and entrepreneurial in their attitude to work are expected to successfully ride the digital wave of change, while the truly savvy ones will find new avenues for their careers.

This is one of the key conclusions in a new publication by the Chartered Accountants Australia and New Zealand. The paper, The Future of Work: how can we adapt to survive and thrive?, is based on a survey of 1,400 Australian workers about their employment history, career aspirations and plans for the future.

According to the publication, sixty per cent of Australians expect to change roles and/or industries over the next ten years, while amongst workers who have recently entered the workforce, more than two thirds (67 per cent) expect that their current job will either not exist or require significantly different skills or tasks over the next 15 years.

Almost one-third of employees believe that the biggest driver of change in their job will be changes in technology.

And while the research shows that, overall, employees feel positive or excited about their future careers, the changing environment has an impact: two in five of us are uncertain or nervous about what is to come.

Will technology destroy jobs or create them?

Myth: One of the key misconceptions among workers is the perception that developments in technology lead to job losses. However, this view overlooks the fact that technology also provides opportunities to create new jobs.

Chartered Accountants Australia and New Zealand Chief Executive Officer, Lee White, said: “The debate around technology and employment tends to be skewed towards job destruction rather than creation. It’s easy to observe the destruction of jobs through technology, but the creative effects are far more chaotic and unpredictable. This exacerbates a common behavioural bias of loss aversion – we dislike losses more than we like equivalent gains.”

The findings from The Future of Work also confirmed studies that employees are expected to move around more in the future. The research shows that employees are not just looking for new employers when they move. Of those who will pursue a new job in the next ten years, three in five are looking to change to a different industry, a different role, or both.

It is a common but out of date perception that job mobility is seen as indicative of disloyalty or an inability to settle down in a job.

However, nowadays, agility and diversity in an employee’s work history is often seen as an ability on the part of the applicant to confront change, embrace different challenges and operate in different work environments.

Furthermore, the rise of access to technology will not only improve opportunities for job seekers to search for new employment, increasing the ease of finding new jobs but will provide job ideas to those who are not seeking different roles.

As the labour market transitions, many workers will have to reskill, retrain or change jobs. This has a significant impact on education, which becomes even more important in a knowledge economy.

The report shows that one third of those who are likely to pursue further education are willing to contribute towards the cost. However, three in five want some form of financial support, whether that is from government (17 per cent), an employer (12 per cent) or family (11 per cent). For those who need financial support, it can be a deciding factor.

To compete on a global level with virtual workers, Australians need to differentiate themselves through a unique set of skills, different and fresh perspectives, and a well-developed network that can be leveraged to an employer’s advantage.

2. Don’t be afraid to move around

As the job market changes, employers will view changing jobs and careers as a sign of agility and diversity. Changing jobs will be a good indicator of an individual’s ability to confront change, embrace challenges and operate in different work environments.

Make yourself visible to employers by having a presence on social media networks such as Linkedin, Facebook and Twitter. Not only does this put you in closer proximity to employers, it also facilitates increased job mobility and development of new skills. 93 per cent of recruiters review a candidate’s social media profile before making a hiring decision. Although social media is a valuable tool, it is important to use it wisely.

Skills gained through tertiary study are more transferable than ever before. Look for opportunities to change industries and apply your skills in other areas. For example, an accountant may transition to become a knowledge contractor – analysing organisational expenses to find cost-effective alternatives.

Half of Australians in the early stages of their careers concede they are likely to seek further formal education in the future, despite already having tertiary qualifications. It is important for individuals to equip themselves with lifelong learning throughout their working life with professional development, education and skills required in the evolving job market, in order to remain relevant to businesses’ requirements. 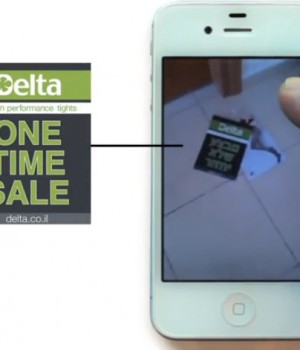 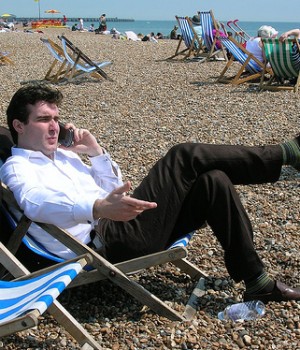