I’ve never been a fan of the whole PR thing — I’ve seen so many people sink time, effort and money into PR and then see no real ROI from it.

And don’t let me get started on ‘brand awareness’.

Perhaps it’s a personal bias, but I don’t believe in ‘brand awareness’ as a non-ROI activity. If you’re going to spend money on marketing, building your brand, advertising and PR, make it pay. Anything else is just a bunch of 80s/90s advertising executive rhetoric designed to justify exorbitant fees while excusing them from any kind of responsibility for the outcome.

“Yeah, so that campaign cost us $35,000. I know you haven’t seen any sales from it yet, but I think we’ve really built brand awareness amongst the 18-35 year old middle-class male demographic.”

“The agency has spent your money on cocaine and hookers.”

Perfect example: If you’re in Melbourne, you may have seen the ridiculously large photo of me in the Herald Sun recently.

The story was, of course, pitched to me as a response to the whole Julia Gillard saying “Chicks with tattoos are sluts” thing.

Then I get the paper and there’s this completely illogical picture of me, which doesn’t seem to fit into the story at ALL.

Mind you, the headline was:

So, you know, if what Australia really wants in 2010 is The Leela, who am I to deny them?

Meanwhile, this wasn’t such a big deal. It cost me nothing. It took me all of 15 minutes to do the interview. Another 15 to do the photos. And I wasn’t counting on it as a business generator.

But this is typical of how PR works out… you get pitched one thing, another thing happens… you generate no business from it… and then wonder why you spent all that time and money trying to get it in the first place.

The only thing I can see it being good for is to be able to say on Facebook: “As seen in the Herald Sun.” And between you and me, I’m not sure that’s actually something I should be saying.

Look, the age of “stunts” — getting media coverage and making money by doing stupid stuff — is over. Especially in business. If you want to use the media to your advantage … well, that’s why God invented the interwebs!

I’ve had a significantly better response to my Anthill Rabble Rousing (I couldn’t really go so far as to call it a blog) than I have to three-quarters of a page in the Herald Sun.

Be a real human being.

It’s not that complicated, and you don’t need an agency to do it for you. 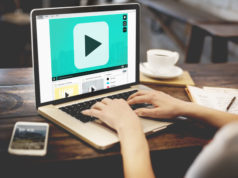 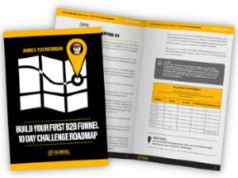 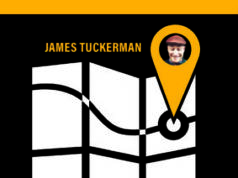