Don’t get lost in the figures: Why business improvement isn’t a numbers game -
Saturday, March 28, 2020 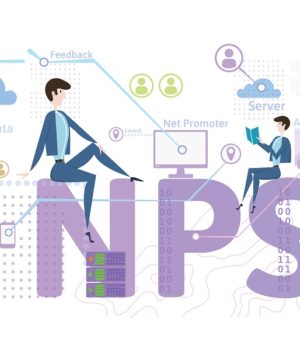 The Net Promoter Score (NPS) has defined organisational improvement for years. Introduced by Fred Reichheld in 2003, the metric was lauded for its speed, flexibility, and its ability to distill multiple departments and improvement efforts down to a single number.

Though the NPS has garnered widespread acclaim since its debut, it is but a piece of a far larger puzzle: the Net Promoter System. Unlike the NPS, which focuses on producing a quick numerical summary of an organisation’s well-being, the Net Promoter System finds the meaning behind that number and spurs action at both the individual customer and whole audience levels.

The State of NPS

Though the NPS has long been a staple of internal improvement efforts, multiple companies are challenging the metric’s relevance in the modern experience landscape. Some are even asserting that NPS is “dead.” The reasons for this are many—some organisations feel that other scores are more ideal for quantifying change. Others believe that the system is simply too susceptible to abuse by dishonest employees.

In NPS’s defense, these problems can occur no matter which metric organisations use. This type of fraud tends to rear its head anytime a score is tied to employees’ compensation and, frankly, is more an indictment of a company’s culture than the score itself. Consequently, organisations should carefully consider the consequences of applying any metric to compensation.

The NPS also causes apprehension for another different reason—they may not know how best to implement the metric in their organisation. It’s not unheard of for companies to accidentally misuse NPS by employing a relational NPS to evaluate transactions. Company culture and a history of previous score use also play massive roles in how well (or not) an organisation can adopt NPS.

Companies that focus exclusively on the NPS are missing the forest for the trees. The NPS, like any metric, is just a number—by contrast, the wider Net Promoter System is a cultural movement about customer centricity and continuous improvement. Rather than honing in on the numerical score, organisations should instead focus on what they can learn from customers’ comments. This enables them to better identify opportunities for meaningful improvement and transformative success.

Truth be told, companies that merely scoreboard-watch NPS as it moves without analysing why it’s moving won’t find it effective. The same applies for any other metric. Whichever metric companies use, though, the simple truth is that brands must tackle the difficult challenge of understanding the relationship between a key customer metric (NPS, OSAT, etc.), and the business outcomes it wants to accomplish. organisations that complete this legwork can know which metric suits them best.

Organisations that shift the focus from metric to meaning can seamlessly execute the NPS mission with modern intelligence tools and data platforms that include direct customer feedback. Indeed, it could be argued that the advent of the Net Promoter System allowed these other tools to proliferate in the first place!

Like many of these perspectives, the Net Promoter System ultimately focuses on capturing the voice of the customer at its most relevant moments. Combine this focus with an intelligence platform that can analyse sentiment, democratise data, and quickly route those insights to the proper stakeholders, and the result is an unparalleled intelligence powerhouse.

The Net Promoter System and experience intelligence tools are only as useful as the actions businesses take with them. It’s not enough for companies to simply know how they fare among customers or how they compare to competitors—organisations must be willing to both consider the feedback they receive and to act on it.

The common themes here are meaning over metric and action over passivity. Ultimately, organisations should use its NPS as a guideline, focusing on the behavioral and experiential changes that the metric indicates rather than the metric itself. They should then take action on those changes to reap meaningful, transformational success.

Eric Smuda is the Principal, CX Strategy & Enablement, at InMoment.