It takes a lot of guts for an entrepreneur to turn down an offer from a US venture capital investor, particularly when the alternative means staying in South Africa when you have just two months cash left.

But for Devin de Vries, his belief in his company’s capacity to revolutionise South Africa’s transport system has been strong enough to convince him not to sell out and relocate to Silicon Valley.

de Vries was a finalist in the software design category of the 2008 Imagine Cup student developer contest. Organised by Microsoft, in 2008 the Imagine Cup involved 200,000 students competing in various categories globally (this year the number grew to 300,000). Although de Vries and his team, Team Smile, did not win their category, he was selected to participate in a one-week accelerator program with Microsoft in the US.

He has since redeveloped the project with former teammate Christopher King as WhereIsMyTransport, a transport management system for taxi, train and bus service operators that also provides information to consumers via their mobile phones.

But while he caught the attention of several potential US investors, money in South Africa has been hard to come by. de Vries says, while he received some support from Microsoft in South Africa, he has burned through his own savings. He estimates that he is on his last 60 days of funds.

What he needs is around US$140,000 to see the solution developed fully. Doing so could solve a significant problem for South Africa in the lead-up to next year’s football World Cup – namely, the fragmented and disorganised nature of its transport operators. WhereIsMyTransport has already signed up to roll the software out for 3,000 of the 200,000 taxis across the country.

“Now that we are having these discussions, it doesn’t make sense to take the offers from the Valley, given they want us to move there and destroy the relationships we’ve made,” says de Vries. “We’ve been working on trying to develop something for the emerging economies, and I really feel like that’s where it’s needed.”

de Vries isn’t the only one who has found difficulty in translating success in a contest into success in the real world. At the same event last year, the winning software design team, Australian team SOAK, presented a system for monitoring and controlling water use on vineyards and gardens.

But according to team member David Burela, despite significant expressions of interest, the numbers have so far been against him commercialising SOAK.

“Everyone loved it, but no one would commit to anything until I had more done. But I couldn’t afford to quit work to build a prototype to show that it works,” says Burela. “To be viable, it would have to be sold or deployed to a lot of farms at once. It is all completely feasible but without anyone investing into it, it just can’t happen. It needs to start big and ramp up big and I’m just too small to do it.”

Despite the difficulties, members of this year’s Australian entrant, eGreen, also have hopes of taking their green product rating system to a commercial deployment.

“There’s definite interest, it’s just a matter of getting the chance to do it,” says eGreen team member James Thompson. “And I’d have to give up the safety of a full time job.” 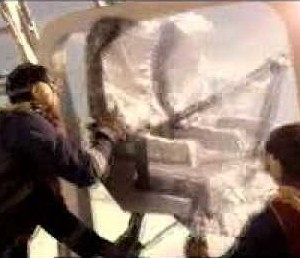 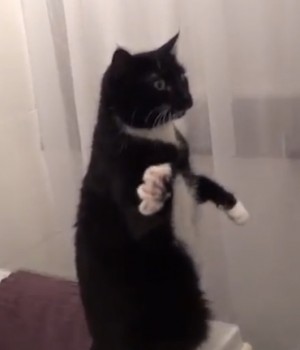