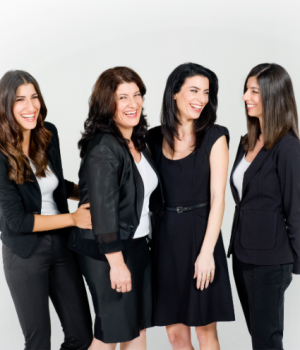 Who knew that a simple act of mother’s love could turn into a multi-million dollar business? Sue Ismiel, CEO of Australian hair removal company Nad’s, probably didn’t expect this when she was concocting hair removal gels for her daughter in the kitchen.

Today, Nad’s has plans to list the business on the Australian Stock Exchange within the next two years.

From her kitchen to your bathroom shelves

Nad’s has come a long way since its inception in Sue Ismiel’s kitchen. Now based at Norwest Business Park in Baulkham hills, the home grown company generated $40 million in sales globally last year with plans to expand further into its British markets.

In 1974, Sue Ismiel migrated from Syria to Australia with her family as a 15 year old who couldn’t speak a word of English. She was working as a medical record’s officer in a private Sydney hospital in the early 90’s, when she created the first Nad’s Hair Removal Gel. The impetus? She was determined to help her daughter Natalie with her sensitive skin. And since the market couldn’t provide a product that was gentle, natural and effective, Sue created her own from ingredients found in her kitchen. The rest, as they say, is history.

Today, Nad’s has an extensive product range (including a nose hair removal tool) and employs 40 staff. They are also stocked internationally, with stockists including the big boys such as UK retailer Boots, US retail chains Walmart, Target, Walgreens and CVS pharmacy.

Going for the world, keeping it in the family;

Ismiel has been proactively restructuring the business to prepare for its transition to a public company, and will be retaining 30% of the company’s equity.

As Nad’s continue to grow, it would remain true to its roots as a family business. Ismiel and her husband are the sole owners of Nad’s while their 3 daughters Nadine, Natalie and Naomi are actively involved in the day-to-day running of the company. Nadine heads up Research and Development; Natalie is Brand Manager of all of the company’s products and Naomi is Head of Design, responsible for producing design work for the company.

As part of the IPO preparation, a formal succession plan ensures that Ismiel’s daughters continue to have an increased role in the business as it grows. Nadine Ismiel, the eldest daughter, whom Nad’s is named after, is set to eventually become the CEO of Sue Ismiel & Daughters. The biomedical scientist has been instrumental in continually adding to the company’s portfolio of products, including her latest role as Brand Ambassador for the Nitwits range.

Ismiel, however, does not intend to pass the torch anytime soon. “I can’t see myself ever completely stepping back.I want to be a part of this dynamic new phase of the business,” says the dynamic woman who not only runs a successful business, but is also a passionate philanthropist who has made significant contributions to support women and children’s causes.

Nad’s has dealt directly with their buyers since 2008, but intends to shift from direct overseas distribution to the hiring of distribution agents as part of its international growth strategy

Watch out for this company, we say. Mother-daughter combinations could be very formidable. 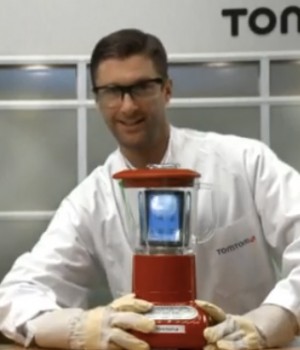