Regular contributors to Anthill, most of whom work in or on the type of fast growth businesses we write about, have always received a bum deal when it comes to us covering their companies. The reason is because we like to avoid the perception that we’re pushing the barrows of those close to us. They get a blurb at the bottom of their articles, and the occasional brief update on their business if something really significant happens.

Probably the biggest victim of this is the manic Melbourne-based marketing maestro, Steve Sammartino, whose regular Start-up Lessons column and Creative Espresso contributions consistently rank in the top echelon of our most popular content.

As a result, we’ve never officially written about Steve’s start-up, Rentoid.com, which we’ve known for some time is one of the most exiting web companies in Australia. (Sure we posted about his so-lame-it-was-funny Rentoid Rapper video, but only because it made us laugh.)

So it was with a wave of guilt that we recently read two separate email chains forwarded from our friends (of friends of friends…) raving about this new website that lets you either rent out your stuff or rent other peoples stuff. “Yeah, Rentoid,” we replied. “The founder, Steve Sammartino, has been writing for us for two years!” To which they replied, “Then how come you haven’t profiled Rentoid in Anthill?”

To this day, Steve has never complained or cajoled us into writing about Rentoid. But our friends did have a point.

Sammartino launched Rentoid in July 2007 after turning his back on a ten year career marketing fast-moving consumer goods for big brands. The idea: to create an eBay for renting, and do for renting what seek.com.au did for the jobs market.

After building the web platform, he began populating inventory through strategic deals with rental companies. (After all, no one loves a ghost town except its architect.) Sammartino says the growth in rental products listed was exponential – 100 in the first three months, 1,000 in the next three months, then 10,000, and so on. There is now almost $20 million worth of goods listed for rent. While rental companies still list inventory on Rentoid, organic listings (stuff sitting in people’s sheds) have well and truly taken over.

“It really does take time to build a website,” says Sammartino. “We all get so influenced by the YouTube story, where you flick a switch and millions of people flock to your website. But the reality is, even for great websites like eBay, no one knew about them for their first three, four or five years. We’re 18 months in now and lots of people are now listing their idle assets. We thought that would all happen on the day we launched, but these things take time.”

While Rentoid contains the everyday items you’d expect to see listed (chainsaws, ladders, laptop computers, air conditioners, etc.) there are also some deliciously oddball items. You can rent an island, sports cars, private jets, a unicycle, a driveway, a full-size wrestling ring, an R2D2 projector, even a wife (listed in the “antique” category).

Unlike most web services, geography matters for Rentoid. As a result, 90 percent of listings are still Australian-based. While the platform places no restrictions on the location of listed items, Sammartino and his team are keen to focus on the Australian market opportunity, which is considerable. However, he says there has been quite a bit of interest from overseas, especially from former Soviet bloc counties, where average incomes are lower than in the West.

Rentoid has been a great beneficiary of “The Lipstick Effect“, the trend where certain businesses experience increased revenue during times of general economic hardship. It makes sense. If you need to chop down a large tree in your back yard, in good times you might just buy a new chainsaw (the kind of thing that would be used once then gather dust in the shed). But at times when most people’s wallets are a little thinner, or could be soon, suddenly it makes sense to save money and rent someone else’s chainsaw… on Rentoid.

Reflecting on the tough times many start-up entrepreneurs are currently experiencing, Sammartino says, “Entrepreneurs run out of time, not money. Money and time are inextricably linked. People go bust because they run out of time to execute everything they have planned, which usually means they have pursued things in the wrong order for that market.”

He offers some advice to fellow entrepreneurs on how to build a competitive web business: “I think it’s important for web entrepreneurs to understand that you never get the site where you want it to be. Everything is moving so quickly. The day after you improve your site, a new web feature or technology is released. You have to accept that your product is never going to be finished. We have so many things on our wish list, but in the e-space you’ve got to keep moving just to stay still. If you want to get ahead, you really need to be constantly improving. It’s that simple.”

I’ll leave you with a recent taste of multimedia marketing, Rentoid style. 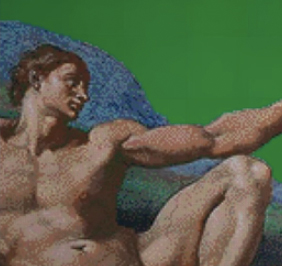 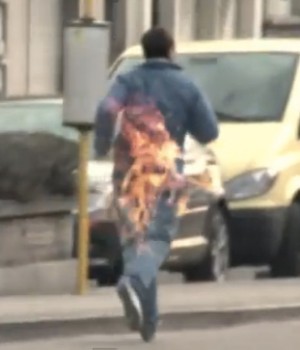