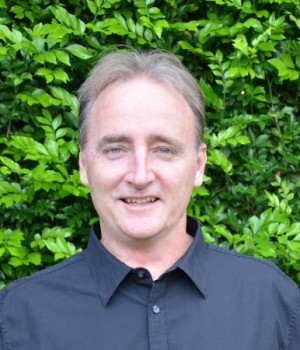 An equity crowdfunding platform similar to those in the U.S. and other countries has long been in the coming, given the size of Australia’s startup community as much as its ambition.

Artesian Venture Partners, an alternative investment manager, has rolled out VentureCrowd, which will allow some but not all investors the opportunity to play angels and take an early shot at some of the nation’s most exciting startups. Unlike the current crowdfunding regime on sites such as Indiegogo, investors can get equity, instead of souvenir mugs or product samples

“VentureCrowd will democratise the early-stage finance sector in Australia in a way that has never been done before,” asserts VentureCrowd’s Managing Partner Jeremy Colless.

It still will be angel investing – only with a lot more angels. Consequently, the risks of early-stage investing remain pretty much the same, and investors need to take abundant care, given the broadly accepted statistic that more than 50% of the startups fail.

Having said that, VentureCrowd will deliver two key elements – access and some due diligence on the startups.

This ear-to-the-ground approach will help VentureCrowd filter early-stage startups and then take them to its select group of investors.

“To get the same access without VentureCrowd, an investor would need to participate in the pitching sessions of a broad range of angel groups, incubators, accelerators, venture capital firms, universities, digital agencies and corporate partners,” Colless pointed out in an interview with Anthill.

Who can invest on VentureCrowd?

Australia’s “wholesale investors,” – as defined by the Corporations Act – numbering 207,000 high net worth individuals, with estimated assets of $625 billion can invest on VentureCrowd.

Colless reckons that even VentureCrowd can tap 0.1% of this amount, it would be of the order of $625 million, “significantly more than the total raised by VC over the last several years.” Besides, there is also an emerging trend toward HNW’s increasing their allocation into alternative growth assets, he adds.

Is there a way the millions of other Australians can invest on VentureCrowd? Not so fast, warns Colless. Even sophisticated angel investors and venture capital firms don’t always hit the jackpot. In fact, many end up with sub-par, or even negative, returns. Besides, for ordinary investors to get into the equity crowdfunding game, laws will have to change.

“We would welcome the government liberalising the rules on equity crowdfunding as long as it wasn’t a free-for-all,” said Colless. “A system that allowed any investor to invest in any start-up with no controls or pre-vetting would be irresponsible.”

Colless says changing legislation is only one part of what needs to be done to broaden crowdfunding.

“An equally critical ingredient for sustainable investment in this asset class is investor education regarding the opportunities and risks. The alternative is that investors pick one or two start-ups because their friends recommended them, they lose their money and they walk away saying it’s a mug’s game. It’s not a mug’s game, it’s a sophisticated and complex asset class and people need to understand it and understand the risks associated with it, the asymmetrical chances of success and the number of loses, and address it in a diversified approach,” said Colless.