You know how detectives in crime shows or movies often track down the serial killer using geographic profiling, figuring out where the killer is likely to strike again and also where they likely live?

If you’re a fan of Criminal Minds, for example, you know exactly what I mean.

Well, GIS (geographic information systems) is the underpinning technology that enables this, and it’s somewhat of a well-kept secret that not many businesses outside of the government are aware of.

Now, seven-month-old start-up Rüppells Griffon, probably the first specialist GIS provider, is now liberating this serial-killer-catching tech for any business to make a killing of its own.

How exactly can businesses use GIS?

GIS is used to make the most of the data a business already has – typically in spreadsheets – to help it make better decisions and even identify new opportunities.

For example, Rüppells Griffon recently worked with one of the leading real estate agencies in Australia to map the distribution of its agencies and competitors.

Once they added growth centres and dwelling densities as additional layers on that map (based on the latest census data), they were able to identify potential locations of new agencies where there was a high population density but no agency presence. Neat, huh?

Something as simple as combining customer locations with store locations on a map can help a retailer figure out if they are servicing their customers most effectively.

From there, they can make a well-informed decision on whether they need to add more staff at a store that has heavy traffic or close down one that is underperforming.

What is the story behind Rüppells Griffon?

She has worked as a senior geospatial analyst for some of the world’s biggest engineering firms, including Jacobs and URS Corp and on major mining and utilities projects in Australia and South America for more than 15 years.

In that time, she saw firsthand how GIS expertise is usually buried within departments in large organisations – mainly in government, engineering and environmental consulting.

“I saw this as a golden opportunity to start a dedicated geospatial services provider that offered tailored GIS solutions for companies that didn’t need or couldn’t afford a full-time internal GIS specialist,” Ana told Anthill.

She was also keen to break GIS tech itself out of its niche and make it available to more businesses, pointing out that almost any business can benefit from a GIS solution.

A lot of this comes down to education: most industries outside of engineering and environmental consulting have never even heard of GIS in the first place, much less the benefits that it can bring to a business.

Research shows that the improved analytical capabilities offered by geospatial services has saved companies over $1.4 trillion in costs and more than 1.1 billion hours in travel time.

Rüppells Griffon enables businesses that don’t need GIS around the clock to take advantage of the technology on a per project basis.

Why the exotic name?

Well, it turns out the Rüppells Griffon is the highest-flying bird ever recorded.

“This is what we stand for: to be the highest flyers in the industry,” Ana stated. “I read about this vulture a long time ago and loved the name and the story behind it.”

They are the largest species of vulture and are very loyal to their partners, pairing up for life. They are also the most cooperative and social of all vultures, living in big communities.

On what she has learnt from her experience with Rüppells Griffon so far, Ana told Anthill, “Building a start-up certainly isn’t for the faint-hearted.”

“There’s a lot of work and hours involved in running a start-up business, especially when what you offer isn’t really well known, as on top of the usual growing pains, you have to educate the industry and potential clients,” she explained.

“At the same time, it’s incredibly rewarding,” Ana added. “I love it when people get excited about the tech we’re using. I get plenty of “Wow, this is very interesting” comments.”

She further highlighted that good communication is key.

“To that effect we have 15-minute catch-ups every day to discuss new ideas and talk about our projects. We found 15 minutes was the optimum time for keeping the discussion focused and interesting.” 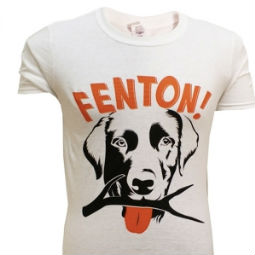