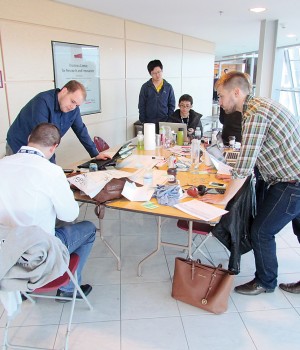 Large organisations and government departments who are used to holding the power, are now increasingly being challenged by smaller and more agile start-ups, who are able to rapidly innovate and disrupt their industries.

While large organisations and established businesses do many things well, their success is often hindered by too many internal processes and red tape. They often reach a size where they struggle to increase profit margins, reduce overheads, and keep up with competitors.

Smaller players who haven’t hit that size and scale are generally still able to remain outward and forward thinking, instead of focusing on their internal constraints.

But instead of running scared, large corporates and government departments should take a moment to ask themselves – what could I learn from these new entrants?

The answer is, a hell of a lot!

You gotta go lean to win

And, using the Lean Startup Methodology within Creative HQ for the past 10 years has only reinforced this for me.

Coined by Silicon Valley entrepreneur Eric Ries, the Lean Startup Methodology has been successfully tried and tested in the Northern Hemisphere, and a model which our Australasian corporates and government departments are also quickly taking note of.

In Wellington, the reason our start-up scene is rapidly thriving is because the majority of our businesses are learning from these principles.

If bigger organisations were able to apply similar disciplines internally, they would put themselves at far less risk of being out-innovated.

Put simply, the Lean Startup Methodology is a framework modelled off the mindset and values behind a start-up business — striving for maximum impact and using minimal resources, at a rapid pace.

Within Wellington’s start-up scene, we encourage a whole suite of techniques around open innovation. These techniques enable start-ups to harness the talent of their staff, foster a conducive environment for idea creation and creative problem solving — all at minimal cost and in a very short space of time.

This is evident through the innovative ways we often see start-ups within our community drawing fast solutions on a minimal budget, such as creative crowdsourcing competitions and hackathons.

The big boys need to pick a leaf

This idea of open innovation is something that I’d strongly advise corporates and government departments implement in their own workplaces.

All too often, large organisations waste time, money and far too many resources on an issue that could have been solved in a far simpler way.

Efficiency tactics, like crowdsourcing and hackathons, don’t just save resources, but also encourage staff to think outside the box. Start-ups lead the way in this regard , and as such are able to rapidly innovate and scale very quickly as they grow.

Key values that larger organisations can learn from start-ups include:

The effectiveness of these values and the Lean Startup Methodology becomes clear by taking a look at the way that tech giant Dropbox adopted it.

When Dropbox’s founder and CEO, Drew Houston, discovered Eric Ries’s blog about his methodology, the company began rolling their product out rapidly to properly test what their customers were after.

They quickly learned that testing early on and often was crucial to their business model. After utilising the Lean Startup principles, Dropbox grew from 100,000 registered customers to more than 4 million in just 15 months. Today, Dropbox has since multiplied that 100 times over to 400 million users.

The Lean Startup Methodology is great for your staff

Along with supporting a company’s growth and productivity, the Lean Startup principles are incredibly effective at fostering a company’s culture and team camaraderie.

One of the biggest challenges of creating an organisation of scale is maintaining the culture and internal learnings. The methodology encourages businesses to continue learning and innovating together, as a means of maintaining team values and to avoid staff feeling like a cog in a wheel.

All too often, you see employees in large corporations become stifled by restrictive processes and constant barriers – “This is too hard”, “this will never get approved”, “I would do that, but…”

The methodology seeks to inspire a team to be solution and outcome focussed, work together to solve problems and reassess the tried and tested practices — leading to longer term loyalty and a workforce that isn’t scared of a challenge.

The Lean Startup Methodology isn’t in any way limited to start-ups, and can be implemented into any sized organisation.

Whether you are building a mobile app, a new service, working in a non-profit, a large corporate organisation, or in a government department, adopting the Lean Startup Methodology can help you effectively overcome obstacles and quickly set up effective systems. It can help to maximise a team’s innovative capability and develop tools to manage uncertainty.

Stefan Korn is the CEO of Creative HQ, Wellington city’s startup base, dedicated to increasing the number of high growth businesses that fuel New Zealand’s economy through incubation and acceleration programmes, as well as grassroots entrepreneur initiatives. Since 2003, Creative HQ have helped build 116 startups, creating over 212 new jobs in the economy. To learn more about the lean startup methodology, early bird tickets are currently on sale for Wellington’s Lean 15 Conference. For more information about the conference programme, visit lean15.co.nz or contact conference organiser David Allen directly. 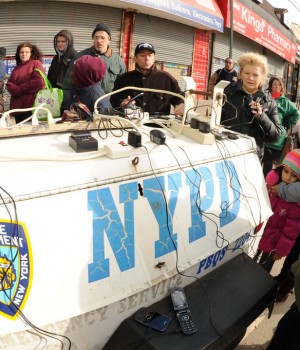