It seems as if every company is now looking to social media as a marketing panacea for the woes of the GFC. In this three-part series, Mark Cameron takes a close look at the social media landscape, describes some of the ‘platforms’, examines how these are changing the market place and outlines a strategic framework for deploying social media as a branding, marketing, PR and intelligence tool.

What is social media really?

What is the appeal of online networking sites? Technology aside, they appeal to a fundamental human instinct for networking and collaboration.

The big social media brands are YouTube, Twitter, Facebook and LinkedIn, but they are just that: brands. And just like any other brand, they are designed to cater to a certain niche to meet a specific need.

As with any successful product or service, the people behind these brands spotted a market need and developed a solution to it.

They then had to work out how to generate revenue.

Because social media is able to generate a huge amount of data about each user (age, gender, place of work, where they live, things they like, people they know and so on) the most obvious choice was to provide highly targeted advertising.

Facebook is the brand that has managed to do this most successfully, so far. But it is still early days – and Google is yet to weigh in.

The market leaders do not define the market

Social media is the convergence of technology and the desire people have to be heard and connected.

In an age where people are feeling increasingly isolated, social media has managed to connect people with old friends, complete strangers and interest groups – or, said another way, connect people to the “market segments” they wish to belong to.

This has happened in a way no other technology has been able to do.

We humans are essentially tribal animals and social media has allowed us to gather into these new ‘location free tribes’ incredibly fast. What’s more, the users of social media like it and want more.

The march of social media is now unstoppable. There have been times this year where the amount of time spent on Facebook eclipsed the time internet users spent on Google. And this competition is only going to intensify.

Facebook recently released some new tools to extend its reach and influence over the whole of the web. Recent rumours around a new service called Google Me suggest that Google is taking the competition seriously.

Social media is now becoming more than a marketing experiment. In 2011, the majority of big-name companies will be looking at how social media can be directly integrated into their brand strategy. It will be the core of any new digital strategy.

Networking and collaboration are fundamental to what it means to be human.

We can take this thinking and look at the development of the personal computer and see a very distinct pattern emerging.

Before anyone had a computer or a smart phone, everything was a social event. Meetings were face-to-face or over the phone. Communication in general was human-to-human based.

In the last 30 years things changed. Initially the personal computer made everything a private and secluded affair. Games, for example, could be played without the help of another human and work could be carried out sitting in front of a screen. The advent of the early internet exposed the power of a computer network.

But from a personal perspective ‘computing’ was an insular activity.

The first social networks, forums and blogs worked with a huge number of anonymous users. While this was a step forward in person-to-person networking, the anonymity allowed people to behave in ways they would never dream of in real life.

This constrained many of these networks to the domain of early adopters and special interest groups. The ‘rules’ that govern effective social networks were yet to be developed.

The Open Web and human nature

What has happened recently, particularly with Facebook, is that it’s become far easier to transport your real identity around the web. This means that increasingly people are joining new social networks with their ‘real identity’ – their real name, their place of work, and other details that define them as a person in a movement (sometimes referred to as the ‘Open Web’).

Of course, people can still misbehave in social networks as they can in real world networks.

But the networks are now being governed by majority rule so this behaviour is quickly dealt with. This makes cooperation and collaboration much easier. Because of this, the barriers to entry are dropping at an astronomical rate. Companies are starting to feel more secure in setting up their own networks, knowing that the majority of users will join to get value out of the information that is provided and quickly deal with other users who lessen the overall value of that network.

So when thinking about why social media has become so widely adopted, and pondering where it is going, avoid getting distracted by the leaps in technology.

These are important of course but it is the behaviour of the network and the development of new social norms that are really driving the progress. Every individual in this massive network is doing what he or she is preprogrammed to do – communicate, collaborate and continue the march of civilisation’s evolution.

Mark Cameron is the creative director and a partner at Working Three. He has been developing digital strategy for a range of clients for the last eight years. Read more of his articles on the Working Three blog. 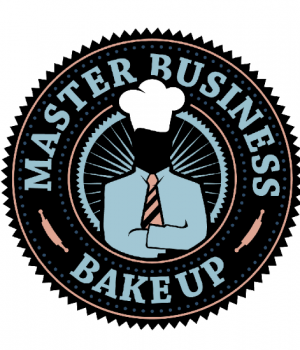