Home Articles The pipe and the straw
Facebook
Twitter
Google+
Pinterest
WhatsApp
High definition set top boxes, mobile TV, digital radio – all contenders for the future of media, right? Well, not exactly. It can be tempting to assume if something is digital it must be good. But there is a more subtle pattern at play. If you want to understand how traditional media is being disrupted, the key is not technology but audience behaviour.

South Korea is about as close to tech nirvana as it gets. Step on a subway and you will see commuters mesmerised by tiny television tuners embedded in their mobile phones. The number of mobile TV users in Korea has reached ten million in just two and half years. But as they and other mobile TV markets are discovering, there is trouble in paradise. Despite the hype of digital broadcast, no one is actually making money. Advertising on handheld devices in Korea accounts for a mere 0.2 percent of broadcast media advertising.

It’s becoming a familiar paradox. Around the world, governments and big companies are sinking billions into building new digital broadcast infrastructure. They are hoping that the lure of higher resolution, better sound and more channels will cover the costs of implementation and provide a bridge to the future of radio and television. But the funny thing is, innovation is already happening. Just not on broadcast.
There is a critical and frequently overlooked difference between broadcast transmission, and content delivered by the internet. Broadcast is about beaming content to a particular audience at a particular point of time. On the internet, content is broken into lots of small pieces, stored in the cloud and reassembled when people actually request it. True, at present it is less reliable and lower in resolution than digital broadcast, but it is also infinitely more flexible and adaptable.
Think about it. In February this year, ComScore reported that American audiences watched ten billion videos on the internet. That is a huge number, but even more tellingly, most of that consumption didn’t occur on websites controlled by TV networks but rather on YouTube. Community is a big part of the YouTube experience. Audiences can not only watch online video when they want, they can break it up, share it, embed it, blog about it or even remix it into new forms. Digital broadcasting might look prettier than its analogue predecessor, but the audience experience is fundamentally the same as it always was.
I like to think of the difference between broadcast and the internet using the analogy of a pipe and a straw. You can pump a hell of lot of volume through a pipe, but it’s not particularly flexible. A pipe is fixed, pointing in one direction, and only has two settings: on or off. Now a straw, on the other hand, won’t let you draw down as much volume, but you do have one big advantage: you can take a sip whenever you like.
Broadcast is not going to die anytime soon. For a start, it’s a very efficient way to distribute content when combined with clever recording devices. If you own a digital video recorder at home, you will know what I mean. Mobile may soon experience a similar time-shifting renaissance. One of the reasons that Japan’s mobile TV service based on 1-Seg technology has been popular is because broadcasts are DRM-free. Consumers can choose a TV show from an electronic program guide and record the show onto a memory card in their phone to watch later.
Time-shifting is a neat trick, but it doesn’t solve the tougher dilemma facing audiences – deciding what to watch or listen to. In a world of infinite content choices, the real issue is discovery. And that is better achieved on the web. Broadcast networks are programmed by professionals, but content on the internet is organised by audiences themselves. Today’s teenagers don’t discover content on radio, they use social networks like MySpace, imeem, Facebook or MOG. Applications like Last.FM or iLike learn from the music you listen to and recommend other songs you might like based on other users. Buy TV shows on iTunes, and you can see other content that people with similar tastes to you have selected.
That’s the power of audience networks.
To major media companies today, digital broadcasting may look like the obvious next step. But, actually, you would be better off focusing on the more disruptive technology of web distribution. Broadcasters have done a pretty good job of using the web as promotion for their core assets. Now the real job is to turn it into a platform in its own right. In the last 12 months, the US TV networks have taken action, making some of their prime-time schedule available as a free web stream the next day after broadcast. It’s a start, but not enough.
It’s inevitable that all the world’s entertainment will be available free on the web. Most of that content is already there, uploaded by audiences themselves – it’s just not particularly well organised. That will change. And traditional broadcasters need to quickly figure out whether they are going to be the ones to do it.
Mike Walsh is a keynote speaker and advisor on digital media.
He is the author of Futuretainment and writes a regular blog at www.mike-walsh.com 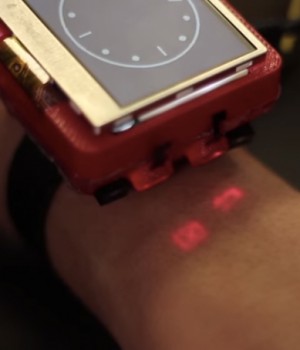