The Aussie independent retail sector is among best performing in the world -
Monday, January 27, 2020 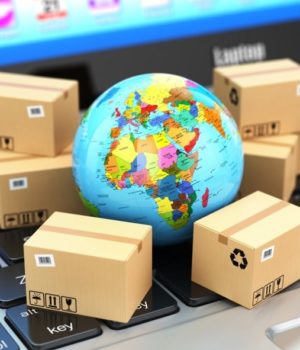 Research from industry-leading cloud-based point of sale software company Vend reveals Australia’s independent retailers are among the best performing in the world, ringing in an average of AUD $504,979.85 annually compared to New Zealand ($495,360) and the UK ($487,355).

Now in its second year, Vend’s annual Retail Benchmarks Report is an in-depth analysis of over 13,000 independent retailers’ sales performance over the past 12 months across various sectors and global markets.

Ranked by monthly revenue per retailer, the top three markets are:

How are Aussie independent retailers performing?

From fashion and footwear to furniture and electronics, small retailers across Australia are earning significantly more per sale than most other global markets. The average transaction value stands at $81.15, a comfortable 14 per cent higher than the worldwide mean value ($71.39).

●      Australia’s independent electronics stores are eclipsing even tech-hub North America. Per store, they are raking in an average of $51,362 a month, more than double the amount earned globally ($24,781).

“We know that the retail landscape is changing, and our data proves it. Despite the downward sales trends of multinational and big-box retail evidenced by the ABS, independent retailers here are not only fighting back but are, in fact, punching above their weight globally.

“It’s great to see that strong revenue was reported across Australia; in rural areas, regional towns and bustling cities across the nation

“Smaller businesses are the fabric of Australia’s retail community, and thanks to cloud-based retail management software like Vend, these independent retailers are more competitive than ever, because they can save time and money to reinvest back into their businesses.

“They’re able to access the technology and support that much larger enterprise companies pay millions of dollars for. Plus, they can ensure that customer experience and beautifully curated product ranges remain a central part of their offering.”

What is Vend doing for retailers?

To celebrate the launch of the report, Vend has also produced an interactive calculator – a platform that allows retailers in Australia to track their own business’ performance against competitors both globally and locally.

The calculator allows retailers to input their own data and track their performance across key metrics such average monthly revenue, average gross margin, number of monthly transactions, average transaction values, average basket size (number of items per sale) and average number of customers.

Chris Pickings, Owner of Melbourne-based men’s fashion retailer and barbershop, Pickings and Parry says, “We’ve been using Vend since 2013, and its data analytics, reporting functions and integrations with other industry-leading partners have given us capabilities that smaller retailers traditionally haven’t had.

“The business has been growing steadily over those last six years, and I feel confident that this can continue.”

What exactly is Vend?

Vend is cloud-based point of sale and retail management software that lets retailers run their business in-store, online and on-the-go.

The first POS built for iOS, Vend is a key retail partner with Apple, CardConnect, Xero and more. Vend is used in more than 25,000 stores in over 140 and has five global offices with over 300 staff.