“IE8 is a big improvement over previous incarnations of Internet Explorer, but so is a husband who only beats you once a week instead of everyday.”

“If a 21-year-old uni grad with visions of grandeur and working for no pay for 14 hours every day in his parent’s spare room isn’t an entrepreneur, then he’s suspiciously close to being mentally insane. I’d like to think it’s the former!”

— David Ball, 2009 Anthill 30under30 winner, on the definition of entrepreneurship

“I like to go for cinches. I like to shoot fish in a barrel. But I like to do it after the water has run out.”

— Billionaire investor Warren Buffet on his taste for opportunities.

“The best time to do great customer service is when a customer is upset. The moment you earn your keep as a public speaker is when the room isn’t just right or the plane is late or the projector doesn’t work or the audience is tired or distracted. The best time to engage with an employee is when everything falls apart, not when you’re hitting every milestone. And everyone now knows that the best time to start a project is when the economy is lousy.”

— Seth Godin on what the Tour de France teaches us about business, in Winning on the uphills.

“If newspapers are named as such because they spread news and are distributed by being printed onto paper, does that make Anthill a newsscreen, a newsmail, a newsmonitor or something else?.”

— In a cheeky email to Anthill, Publicity Queen Sally Romano comments on the convergence of media. Our two cents? Digital natives don’t need to define channels. To them, they simply don’t exist.

“In any good company, there are no VIPs. All customers are VIPs.”

“I took a speed reading course and read ‘War and Peace’ in twenty minutes. It involves Russia.”

— Woody Allen on the allure and reality of taking shortcuts.

— The legendary French diplomat Talleyrand on leadership in practice.

“It’s easy to get more traffic. Just advertise you are giving away cash. That always gets them through the door. It’s the quality of the traffic that is important, not the quantity. A site with low traffic and high conversions is much more profitable than a high traffic site with a low conversion rate.”

— Jim Stewart bursting the bubble of web traffic junkies in All the traffic you can eat… is not a healthy diet.

“Never interrupt your enemy when he is making a mistake.”

“It took radio 38 years to reach an audience of 50 million.
It took television 13 years, the internet four, the iPod three.
And Facebook? Two! “

— We surely are living in exponential times.

“Stop watching TV. No really. If anything of interest happens in the world, it’ll be on Twitter first anyway. TV makes money from selling you how much stuff sucks (so that the advertisers can then sell you their products to take the suckyness away).”

— Leela Cosgrove, The next person who says the R word is getting slapped.

“Advertising is based on one thing: happiness. And you know what happiness is? Happiness is the smell of a new car. It’s freedom from fear. It’s a billboard on the side of the road that screams reassurance that whatever you are doing is okay. You are okay.”

— The credo of fictional Manhattan advertising executive Don Draper in the US drama series Mad Men.

“Caffeine could be a viable treatment for established Alzheimer’s disease, and not simply a protective strategy.”

— Finally some good news! Next time you down that cup of Joe, you could be improving your memory, according to Neuroscientist Gary Arendash.

“It’s one of the most difficult things about business. And going to head-hunters isn’t always the right way. Particularly when you move into a new country and start from scratch, like Japan for example…. In the end we found it very difficult, so I pinched a Scottish diplomat out of the British Embassy and he’s turned out to be absolutely brilliant because the Japanese store buyers were left wondering what a Scottish diplomat was doing trying to sell them a vacuum cleaner.”

— British vacuum magnate James Dyson on the importance of finding effective managers. From Cleaning Up.

“Beware of all enterprises that require new clothes.”

— Henry David Thoreau on being one’s self.

“When the winds of change blow, some people build walls and others build windmills.”

“Entrepreneurs are measured by the success of what they leave behind. I used to think, ‘If my company goes belly up as soon as I leave, they really needed me’. But in reality, a good entrepreneur creates a business they work on, not in, that will survive them in every way.”

— Hitwise co-founder Adrian Giles on the kind of legacy all entrepreneurs should aspire to leave. Lunch with an Entrepreneur 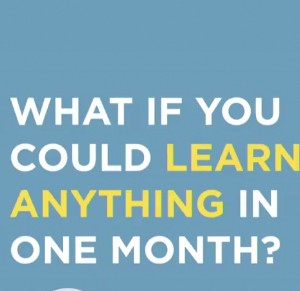