An international 30 day crowd funding campaign was launched last month to raise half a million dollars to turbocharge a push for Sydney to become one of the world’s best startup ecosystems.

TechSydney is a not-for-profit enterprise led by some of Australia’s most successful and influential entrepreneurs and innovators who have a mutual determination to see Sydney boom onto the global tech stage.

The University of Technology (UTS) has committed $250,000 in initial funding to kick-start the crowdfunding campaign.

What is behind this ambitious plan?

Motivation for the initiative was sparked upon the release of the latest Compass Start Up Ecosystem rankings, which saw Sydney drop from 12th in the world to 16th.

TechSydney has set a goal for Sydney to be in the top ten by 2023.

Led by CEO Dean McEvoy, who founded group buying website Spreets, and supported by a dream team of successful start up founders and entrepreneurs, the new venture will provide mentoring services to emerging companies and act as a lobbying force to influence positive change.

The campaign went live on crowdfunding platform Pozible. There are different categories to TechSydney membership – ranging from $500 to $10,000.

Mr McEvoy said Sydney deserved its place amongst the fraternity of other great start-up cities of the world like Silicon Valley, New York, London, Los Angeles and Tel Aviv.

“We have to do something to put Sydney back on the map. Sadly, unless we act, we’ll slip of the world stage and lose our relevance as a hotbed of innovation,” he said.

“It’s incumbent upon all of us to spark this fire. Anyone working on or starting a high growth technology company can get involved in this grassroots movement.

“Our initial focus is to fast track the growth of individual companies in this ecosystem. It’s up to us the entrepreneurs who have grown successful companies to drive the initiatives that will move this industry forward.”

How are the funds to be used?

Mr McEvoy said the initial wave of funding would be used to establish a not-for-profit entity, hire a team and begin the first iteration of founder forums and begin building online talent communities.

“Many other cities are investing heavily which means on a global scale we are slipping backwards from 12th to 16th in the global rankings.

“With 40 per cent of jobs and GDP about to be disrupted by high growth technology companies we have a choice as a country to either sit back and do nothing or be active in creating the new jobs in the digital and disruptive economies.

“If we only implement what everyone else is doing overseas, we will continue to slide backwards as a global technology ecosystem,” he said. 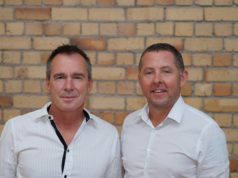