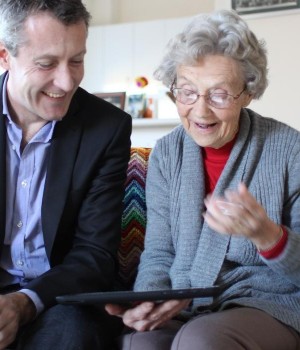 As is becoming the norm on the Australian startup scene, the best, brightest and the most innovative quickly head to the world market that matters – the United States.

The latest to fit that billing is Tapestry.net, right now the best social media thing going for seniors. The Sydney-based company, founded by Andrew Dowling, announced a $400,000 funding from Commercialisation Australia, the Australian agency that has supported it for long.

Tapestry said it plans to use the grant to extend the product to multiple platforms including the iPad and iPhone, add community-based features and accelerate the company’s international growth. Buried in the latter is an ambitious bid to take its product to the U.S. market, especially considering it has raised a mere $1 million in venture capital.

“We’ve got our eyes firmly fixed on a U.S. launch later this year and making good ground towards it,” Dowling said, without revealing any more details.

Tapestry.net might be the first, or certainly the best known so far, startup to tailor social media for seniors. With its goal of “no senior left behind,” its agenda is clear, as we reported a couple of months ago.

It helps seniors to access photos from Facebook, check emails, the weather and other useful applications. It also helps younger family members connect with and care for their senior relatives. With a range of pricing plans starting with free memberships for a couple, Tapestry has a sound business model. All these could give the Australian company a head start in the U.S. market.

The social media site says its has received “overwhelming response” since going public this year. But the feedback also was very clear: People want it more easier than it is today, and they want it on an iPad, or tablet, platform, not the traditional PC.

“Many of them already have an iPad, for example. We’re now extending the platform to iPads, iPhones and Android phones, so that all family members can use Tapestry on whatever device they prefer,” Dowling said.

Dowling says Tapestry is also adding a lot of other features. Tapestry’s early versions help users connect exclusively to friends and family members, but soon it will offer ways to do a lot more – create retirement and other community-based group packages, for example.

Tapestry is a “feature company” of the Australian Federal Government-funded Advance Innovation Program, which aids Australian companies with high potential to become global businesses. It has helped Tapestry travel to Silicon Valley to build networks with investors, partners and customers as Tapestry seeks to expand into the U.S. market.

“Tapestry is an innovative Australian start-up with a good idea, solid business plan and talented team behind it,” said Commercialisation Australia CEO Doron-Ben Meir. “The company’s traction to date is very encouraging and we are optimistic about its future potential.” 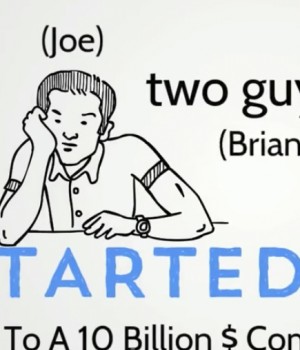