In today’s world of luxury, instant gratification and increasingly faster routes to consumption, it can be easy to get carried away with collecting…well, hoarding to be honest (Aussies are hoarding around $65 billion worth of unwanted or unused items).

Hello Bountye – a refreshing new mobile-only community commerce app entering a young used goods market that is already netting Aussies an estimated $29 billion against a whopping potential market size of $80 billion. This is compared to new goods sales online at $27 billion in 2010.

We now see Australians decluttering, trading their second-hand goods via online commerce and social media sites (with eBay and Facebook being the most popular), beyond the traditional garage sales, op shops and second-hand markets.

While there’s the joy of discovering something unique, there’s also an increased need for a sense of community during the exchange of pre-loved goods, a desire to have a connection with the next person who will treasure what was once yours.

Bountye is aiming to bring back the feeling of community to e-commerce where friends, connections and groups of like-minded people sell and buy items worth talking about.

It allows users to build trust amongst their community through every interaction with features such as buyer and seller ratings, escrow services, comments and chat functions. All users also must have verified profiles, complete with real names and photos.

You can also shop within your interest and socio group. Users can join and create private or public groups based on special interests or local communities and can choose to make the items they list available to everyone on Bountye or just members of a select group.

What is the motivation behind Bountye?

Founder and MD Asim Brown (pictured above) said the inspiration for Bountye stemmed from his own experience revealing that he was an early adopter, having started buying and selling pre-owned items online back in the late ‘90s, using eBay and Craigslist.

Asim, who also worked at eBay where he was responsible for creating strategies to increase their B2C business, told Anthill that the light bulb moment was when he realised that the C2C marketplace was out of step with technology and the end user.

“Online commerce is focused on new items, retail standards and anonymity. This was feeding a second-hand economy where trust, simplicity, and connecting are important.”

“When it comes to the pre-owned goods market, sometimes the story behind a great purchase is almost as good as the price you got it for. To me that sums up what Bountye is all about,” he explained.

Who are the people behind Bountye?

Asim spent the early days of his career working for a number of start-ups in Silicon Valley and has been hooked on start-ups ever since.

However, he recognised that he had blind spots when it came to building out his strategy, so he approached a few contacts of his to sit on an advisory board for Bountye to ensure success, with each member of the team providing specific expertise to the business.

Todd Alexander has been working in online and retail for over twenty years. He was a Director at eBay and served 12 years on the Australian management team.

During most of his time at eBay, Todd was not only the face of consumer selling – training thousands of individuals and small businesses how to sell on the site but also an official media spokesperson for the company.

Asim also revealed that he has a silent advisor who spent 10 years at Facebook and was focused on operations and strategy.

Finally, Peter Nawn has been running a successful financial planning practice for over 15 years and brings a ton of knowledge around financial structures.

Bountye had previously raised $600,000 via private investors and partnerships and has now just completed a second capital raise for $1 million. Asim says the funding will allow them to continue to build out the platform and bring on key hires.

They have also just been invited to participate in the LayerFund demo day in San Francisco and are already in discussions with complementary companies and investors to establish partnerships. 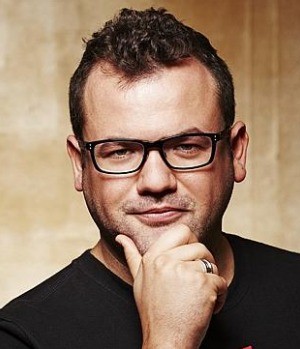