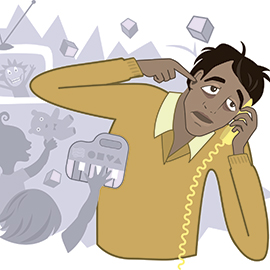 Will the real Aussie please stand up?

The outdoorsy, adventure-loving and beer-swilling Aussie seems, increasingly, to be distant folklore as globalisation catches up with the man – I mean the man here, even though Aussie professional women are not too far behind.

The workplace company Regus, in a global survey, found that Aussies have no such thing as a summer break because they simply have forgotten how to “switch off.”

In Australia, 40% said any summer break would be slightly reduced “business as usual” – one percentage point higher than the global average of 39% – because they intend to sustain nearly the same level of attention to work. An additional 14% plan to spend more than three hours a day on professional tasks, compared to the global figure of 17%; and another 44% said they would work one to three hours a day, compared with the global number of 41%.

“The dedication people globally and in Australia are showing towards their jobs is commendable, with nearly half of business professionals taking their work on holiday with them,” said Paul Migliorini, Regus’ CEO for Australia and New Zealand. “However, this can also be interpreted as a sign that they are unable to properly switch off – perhaps due to feeling overstretched or even insecure in their jobs.”

Regus’ research found that men have the most difficulty switching off – 44%, compared to 33% for women. Both genders vowed to “make calls, respond to emails and attend to business during their vacation.”

While the Australian’s growing work ethic is admirable, he or she still needs to re-address work-life balance, and stress, expert said.

“The effects of work place stress are well known so it is important that workers set aside some personal time to relax, or they could be close to burn-out,” said Migliorini.

“On the one hand, technology, such as cloud services and video communication, has certainly made working remotely a reality, on the other this innovation should be guided towards helping professionals work more flexibly and productively – but without taking over their lives,” he added.

“Being able to connect from any location is great, but workers really need to carve out time to switch off,” said Cox, CBE.

The recent finding echoes the Regus Work-life Balance Index, published in July. That index showed that Australia was down 13 points since 2012. At 116, the level was lower than the global average of 120 points.