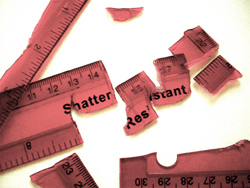 Picture this, you’ve been living and breathing your startup now for nine months.

You’ve scored a seed round of funding from some reputable investors.

You’ve consciously sifted through a lot of the BS and, started to build a really awesome product that the market really wants.

You’re almost ready to take your industry by storm when, from nowhere, you have to shut your company down!

And, it’s through no fault of your product, service or strategy.

Rather, it because of the choices you made and the things you didn’t do when choosing your founding team.

Well, that happened to me!

What the hell just happened?

Let’s back track for a moment.

If you’re anything like me, then you probably see a lot of stories about startups going right – raising millions of dollars, hiring amazing executives and being acquired by Google, Apple or Facebook.

There is no doubt these are phenomenal stories, however, it’s well documented that approximately 90 per cent of startup ventures fail.

Not every failure can be avoided. However, there are many mistakes that are leading your startup down the path to failure that can easily be avoided.

That said, this is a story of startups going wrong. Really wrong. It’s a story that I know a lot of startups can learn from.

Why did my startup fail?

My first startup failed because of people.

This isn’t to point the finger. Rather, it’s to highlight that it was the human factor, rather than a technical or business element of the venture, that didn’t work out as I’d expected.

I started my business with a very distinct vision. I knew exactly why I was creating my startup.

This vision was fuelled by unfortunate personal experiences; ones that I believe could have been avoided.

In my opinion, this is the best place for any founder to begin. Know why you’re doing what you are doing. (If you don’t know why this is important, watch this).

I started with an assumption about what people wanted, what they would pay and, how it could be delivered. However, I knew guesses wouldn’t cut it. So, I went to work trying to turn my assumptions into fact.

I ended up joining forces with some people that I’d done some work with in the past. Seed funds were raised from the UK and, I began engaging with the target market to test my assumptions.

After testing my theories with many different people, it became apparent that I was on to something. It also became clear that the business would require a platform to be built that would enable the business to be repeatable and scalable on a global scale.

Through my network, I found the ideal CTO.

Although I continued to work hard, things were not happening fast enough. The business plan was not being realised.
With the eagerness of every entrepreneur, I wanted answers about why the business was not where it needed to be.
It didn’t take too long for me to find the answer. Some of the people in the founding team were not right for the business. They were not engaged. We were not on the same page at all.

The reasons why we were trying to build this business did not align.

And, that’s the kicker. The founding team needs to be building the startup for the same reason.

Unfortunately for my startup, this wasn’t the case.

Looking right back to the start, it appeared that everyone was there for the same reason – they were passionate, motivated and willing to work.

But in this case, things changed. And it happened dramatically and quickly.

Depending on your situation, what you do at this point will vary. For me, it was to call my lawyer and accountant to understand what options I had.

When you’re an entrepreneur, time isn’t on your side. You have make decisions quickly and know who to speak to get the right advice.

And, remember: things always take longer than anticipated and, cost twice as much!

My biggest piece of advice for any startup founder is that you need a support team of experts that you can go to for answers and assistance who will respond in a quickly. In my case, it was my lawyer and accountant.

After much deliberation and numerous attempts to resolve the situation amicably, it turned out that the best option for everyone, including our investors, was to close the company down.

Believe me when I say it’s a lot easier to start an enterprise than it is to close one amicably!

The process is cumbersome. It also takes months and, it costs more than starting one.

During this time you feel drained, your creativity dwindles and it’s hard to remain optimistic about the future of a vision that you truly care about.

Unfortunately, these types of business situations happen regularly but, that doesn’t mean it isn’t devastating.

What did I learn?

Well, I learned that there are numerous ways to protect your overall vision, the company, the shareholders, founders and early team members by setting the right foundation and agreements from the very beginning.

I’ll say it again. It is crucial to have experts that you can go to for answers and assistance that are able to respond in quickly.

I also learned that regardless of the initial intent of founders, people don’t always deliver.

Because of this, there’s one potential issue that I wish I had protected the company and the vision against, people.
The solution for me going forward is this; ensuring I have a solid vesting schedule with cliff vesting in place for founders and early team members. In other words, people need to know exactly what they have to do, for what they are going to get.

Startups take a long time to build. It’s important to ensure that the company delivers value to the founding team over time, to keep them motivated.

If you give people a massive chunk of equity up front, what’s to say that they won’t walk off after six months, when they get bored or, don’t believe in the idea anymore?

Cliff vesting ensures that for a set period of time (e.g. six months), no one gets anything. That way, if they leave really early on, the company doesn’t experience unnecessary dilution.

Then, when the shares start to vest, they vest over a period of four to six years, so that the value that a founder or early team member delivers to the company, is realised incrementally rather than upfront.

If my first startup had changed nothing but equity structure, it would still be alive. It would have been able to manage the small loss of equity from early team members leaving. It could have continued to work towards delivering the vision and product and, building a real company.

Learn from my mistake

Don’t make the same mistake I did.

As a founder, it’s your job to do everything and anything to give your venture the best chance of making it.
By setting the right foundation from the very start, many of the risks you may face can be mitigated or, avoided altogether.

In the U.S., failure is valued – it shows you’ve done something. In Australia, it’s a different story. It shouldn’t be the case. In fact, that is one of the reasons why I’m sharing my story. We need to change how business failures are viewed in Australia.

Although I learned this the hard way, I know one thing for sure. It won’t happen to me again in the future.
My next venture has already received a seed round of funding. I know that what I learned the first time around, puts me in a much better position to grow this business.

Nathan Kinch is a former elite athlete who suffered a career ending injury that he believes could have been avoided. Since that day, he’s worked in and around startups and sports technology helping provide elite athletes and team’s with technology that helps mitigate injury risk and increase performance. He currently holds the role of Entrepreneur in Residence at edgelab ventures and has recently raised funds for a new venture.