Start-ups will be provided with seed capital, office space, mentoring, training, international trade missions, and high-level networking opportunities as part of the program, which will run annually until 2019.

The River City Labs Accelerator Program, powered by muru-D, runs over six months with up to 10 teams eligible for up to $60,000 each in funding in return for up to around 7 per cent equity. Investors include Shark Tank star and River City Labs founder Steve Baxter.

What does this program entail?

The accelerator will include a regional roadshow in August across Queensland to educate startups about the program prior to application.

“The program, in alliance with muru-D, is an excellent opportunity for local start-ups to plant important seeds for growth. The opportunities that will be afforded to these start-ups will be second to none as they will gain firsthand, real-world guidance from an experienced team of mentors and trainers,” River City Labs CEO Peta Ellis said.

Ken Macken, co-founder of start-up Ollo Wearables, will assume the role of lead Entrepreneur-in-Residence for the accelerator program.

“I’m excited to be given the opportunity to work on this program which will uncover talented start-ups who could be the next potential disruptive force.

“As someone who has gone through all aspects of building multiple technology-based businesses, including building high performance teams that deliver product market fit, I look forward to sharing the lessons I’ve learnt with the program participants,” Ken said.

“I’m delighted to see the continued growth of the startup ecosystem in Queensland. The first cohort of the River City Labs Accelerator startups were such a fantastic group of engaged entrepreneurs who have achieved great success in such a short period of time, I can’t wait to meet the next batch!” muru-D co-founder Annie Parker remarked. 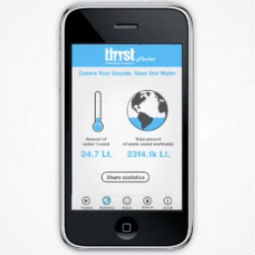