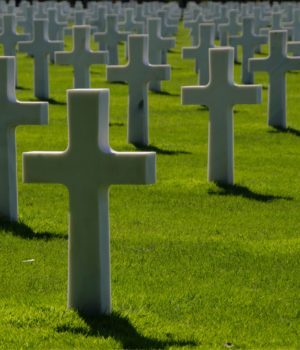 While pitching his new company at the TechCrunch50 conference in San Francisco, Australian digital media maven Kevin Garber couldn’t help but feel dismayed that the cream of the world’s web entrepreneurs were mostly obsessed with sizzle over substance.

San Francisco, together with neighbouring Silicon Valley, is home to Google, Facebook, Yahoo!, Hewlett Packard, Adobe and many other heavyweight technology brands.

To many of us masochistic types – sometimes known as entrepreneurs – Silicon Valley also represents something greater: It is a place where innovation and risk are a cultural norm. Silicon Valley is where the unique human qualities of the desire for progress, momentum and significant contribution to the world dominates. It is an environment where a status quo of any technological sort is taboo and the line between trend, change for its own sake and genuine utility is unclear.

In Silicon Valley, people are either starting a business, working for a start-up, getting laid off from a start-up, funding a start-up, writing about start-ups, a multi-squillionaire who was involved with a successful start-up… or a combination of all of the above. The people in “The Valley” – as locals refer to it – describe it as providing a unique entrepreneurial “ecosystem”.

This mythology and reputation was at the forefront of my consciousness as I headed off to the TechCrunch50 conference in San Francisco during September. My start-up company was invited to launch and present our product to the throngs of investors, entrepreneurs and journalists at the conference.

The three-day TechCrunch50 conference is organised by the team from the TechCrunch blog – a Silicon Valley blog that maps the fast-paced productive chaos that constitutes much of the entrepreneurial and economic activity in the area.

One of the organisers of TechCrunch50, Jason Calacanis, a chaotically productive personality himself, describes TechCrunch50 as the “Sundance Film Festival” for start-ups. The conference seeks projects and producers typically in their early stages but with large potential.

Despite the omnipresent business blue blood, I was very surprised at how few of the companies presenting discussed or seemed to have an awareness of the need to provide a solution to a real problem. All businesses – yes ALL businesses – exist to solve problems in exchange for direct or indirect financial reward (even this Australian small business entrepreneur knows that).

A clear pattern emerged from the start-up company presentations:

Category 1 – Start-ups attempting to solve a well-understood problem. Two examples from the TechCrunch50 conference: Dropbox – GetDropbox.com – this product attempts to address the problem of being able to easily access your files from multiple computers; and Goodguide – www.goodguide.com – solves the problem of finding out the health, environmental and social impacts of the products that you buy as well as the companies that make them.

Category 2 – Start-ups that have developed innovative technology but have only a vague idea as to what problem they are solving. These companies are hoping that time, combined with the evolution of their product, will help clarify the problem to be solved. Their hope that their product becomes and remains the solution of choice (or gets bought out – whichever comes first).

Two examples from the TechCrunch50 conference: Hangout.net – a virtual 3D world; and Livehit.com – ”connects users with who’s hot and what’s hot across the web in realtime.”

I was very surprised by how many companies at the TechCrunch50 conference seemed more Category 2 than Category 1. In fairness, however, historically many of the businesses in Silicon Valley that have had stellar success started out with only a fuzzy understanding of what problem they were solving and who their target market was.

For example, Facebook was initially started as an online digital replica of the physical “facebook” that many American universities provide to their new students. However, Facebook in its current form clearly solves a far broader set of problems than a digital upgrade from a yearbook. These “problems” that Facebook solved include:

Hence there is clearly value in having length and breadth in a start-up’s strategy to allow for the evolution and consolidation of a value proposition. However, many of the TechCrunch50 companies seemed to stretch their “Category 2” membership too far and lacked any awareness whatsoever as to what problem they indeed were trying to solve – this is unsustainable and a recipe for business failure.

There is a subtle but important difference between aiming to consolidate your value proposition over time and hoping that somehow you will hit a home run through fortunate synchronicity of events and sheer luck. The prevalence of the latter at TechCrunch50 and in The Valley caught me by surprise.

There were many noticeably brilliant people at the conference and in The Valley – this was clear. There was also a visceral goldrush type atmosphere. This energetic and hyped environment, where dreams can quickly outgrow realities, was a contributing factor to the late 90s dot-com bubble and company failures.

So “failure” may be Silicon Valley’s “greatest strength”, but entrepreneurs should also not let this acceptance and tolerance of failure exist as a conscious or sub-conscious excuse when attempting to make their businesses more Category 1 and less Category 2.

“Cool” will only take a business so far, and while the web may have moved from 1.0 to 2.0 and be on the way to 3.0, the business imperative of value exchange has remained unchanged since the activities of the ancient spice traders. I was surprised that not everyone in Silicon Valley appeared to know this.