Short-term thinking is killing our businesses in the long run - what can we do about it? -
Sunday, January 19, 2020 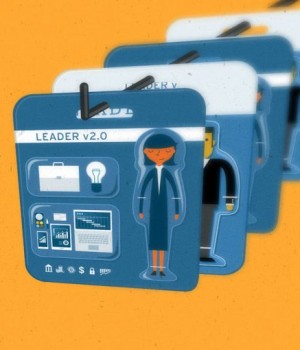 Good news isn’t written overnight. Headlines by nature may be heralding and immediate, but the back-end story is one of strategy, sweat and concerted effort over time. So, when the World Wildlife Fund announced the rise in wild tiger populations last year  ̶  a notable feather in conservationists’ caps that disrupted the endangered species’ 100-year consecutive decline  ̶  you’ve got to know some serious teamwork must have pulled off a scale-tipping feat of such proportions. The population upsurge was not the result of one or two heavy lifters, but the by-product of many hands carrying the load together.

When it comes to something as broad and ambiguous as sustained corporate success how do you rally small, conglomerate change? When the fruits of your efforts are less quantifiable than 690 additional cute and cuddly tiger cubs to the planet, how do you motivate boards, governments and corporate partners to invest in rewards they can’t run their fingers through?

The fact is, climate change is currently eating away all facets of ‘business as usual’ and demanding a brave new breed of business that calculates the cost of ignorance. It’s time that companies regard their own inertia as ticking time bombs and wake up to the urgency of sustainable investment. But for this to happen, we need to adopt a new narrative to motivate change.

The pandemic of short termism

The pace of change thunders like a Monday morning on the stock exchange, and even the cream of the corporate crop is struggling to keep up. In the midst of the turbulence, the message is clear: either perform wonders  ̶  and quickly  ̶  or there’s the door.

Markets are disrupted these days faster than a toddler can learn to walk. In the same timeframe that leaders were historically given to find their feet, they’re now expected to pull rabbits out of hats ̶  anticipating change in markets and offering new business model solutions that run ahead of disruption. And with so many breathing hot on your back, it’s no wonder that CEOs are finding the door more frequently. In a culture of quick gains, who wouldn’t succumb to short-term decisions that earn an easy buck or win popular votes?

Nonetheless, it begs the question, is our short-term thinking actually setting corporations up for a longer and more fatal fall? When the demand for ‘perfect fit’ results is so pressing, is it even possible to step back and craft a different view that has the long term in mind? It would be interesting to ask this question to the 79% of companies no longer flying their Fortune 500 colours since 1982. Odds are pretty good, their answer would be ‘no’.

The price we all pay

What the majority of these dying stars failed to understand is that long-term corporate success and environmental responsibility can go hand in hand. But without a long-term scoping strategy, even the most formidable giants can fall when economic development and environmentalism are pitted as enemies, and not allies, in the relentless race towards market share.

Companies who shoot for short-term profitability are most probably counting their total return on assets, but not on resources. But with water, energy and other natural resources in limited supply, businesses have to monitor their consumption, as well as their paybacks, over time. Failing to count the cost has proven detrimental in the past, all the more for companies today who face a rising tide of volatility and disruption in their industry.

On the other hand, those companies that embed their corporate strategies with sustainability are finding its investment to be a powerful tool for reinvention in a world where resources and buying power are growing scarce. Businesses who see sustainability as more than just a tick box for corporate social responsibility, and as a sound financial strategy, are gaining a strong competitive edge in an ever-shifting economy.

For the sake of longevity of the errant organisation itself and for the sake of our future generations, corporate sustainable investment needs to become a compelling case of sheer profit, as well as social consciousness.

The argument for change

Of course, there is the argument of emotional economics. We’ve heard about the new breed of consumer, who is willing to pay more for products and services dedicated to doing the planet right. Companies with a demonstrated commitment to sustainability and triple bottom line have found profitability to go up, not down, in the past few years. This sway towards socially conscious spending is fast becoming a reality  ̶  and one that businesses would do well to heed.

But the economics for motivating change can be even more convincing, if we look at authors Baghai, Coley and White’s enduring ideas put forth in their book, The Alchemy of Growth. Dubbed the “three horizon framework”, this approach offers companies a way to stay in the game for the long run, by tending to a three-fold corporate reality. On the first horizon, it’s about doing what the brand does best to ensure a steady cash flow. On horizon two, it’s about scoping future growth engines in current businesses and on horizon three, the company eye is on seeding options for the future.

And rather than assigning ‘now, later, or much later’ to these chronological realities, the key is in upholding all three simultaneously. While companies will always lean more heavily to the here-and-now of horizon one, it’s equally important they keep imagining and probing the future in horizon three.

Taken a step further, it’s also time for the ‘CEOs of nations’, i.e. political parties and leaders, to make this stick (given their limited tenure). Without their eyes up and ears down, they may just stay stuck in the same old holding patterns of short-term profitability, which is just a matter of time before it’s a case of crash and burn.

We stand on the cusp of much that is unknown, with our feet on highly volatile ground. In so many senses of the word, business has never been this way before. Technology aside, the Goliath disruptor to our days will most certainly be climate change. Those companies and indeed nations who successfully find solutions for it, seeing resilient long-term environmental sustainability as a strategic advantage and not a lip service, will do themselves a great service. Inadvertently, they’ll do the world one too.

Quentin Jackson is the Sustainable Design Leader at Aurecon whose award-winning blog, Just Imagine provides a glimpse into the future for curious readers, exploring ideas that are probable, possible and for the imagination.