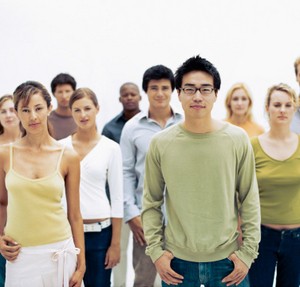 The younger generation don’t always get a good press. Of course, this has long been the case, but the current crop of 20-35 year olds, dubbed “Generation Y” or Millennials, seem to taking more than their fair share of criticism.

According to the Baby Boomers (now in their fifties and older) and those from Generation X (aged roughly 36-50), the Millennials are over-confident, entitled, narcissistic, impatient, lazy and over-reliant on technology. They are sometimes described as a generation who expect prizes just for showing up, or who were born with a mobile phone in their hand. And don’t even get the boomers started on Generation Z, the teenagers who are just starting to enter the workplace as well.

The modern office or workplace could now potentially have up to four different generations working alongside of each other, and each of these groups will have a different way of going about things. Inevitably, each will view the others as having an attitude problem.

But the older generations at least have experience on their side. Their way of working is tried and tested, and the results are there for all to see. Their younger co-workers, by contrast, have their own ideas but these have yet to be given a fair shot. As a result, it’s easy for them to be dismissed as ridiculous or unrealistic.

But secretly, their older critics may just be afraid of change and insecure about their own positions in the face of new blood with new ways of working.

The fact is, the nature of work is changing, and young people are responding to this. They’re also responding to the world that they grew up in. Those that are older, perhaps, grew up in a very different world; a world of analogue technology, job security, nine-to-five hours and established hierarchies. While these values are not exactly extinct, they’re certainly not commonplace verities that you can rely upon in the modern working world. Young people are comfortable with these facts, while older people generally are not.

Technology is the most obvious manifestation of our changing world. Not only are younger workers comfortable with most forms of digital technology, they also expect the real world to be as fast moving and results-oriented as the internet. They’re used to instant communication, which to the older generation can seem like neediness. They tend to demand constant feedback while multi-tasking, but increasingly the technologically equipped workplace will require this kind of approach.

The rise of online learning

Generation Y’s particular skill sets are also becoming evident in non-business areas such as professional poker. As this article on 888 Poker’s website relates, a new generation is fast making its mark. Players in their twenties have racked up years of experience in online poker, years before they would normally be able to join a real-life game, just as today’s young employees are happy to learn new skills through cyber tutorials. They’re confident and fearless, and already know all the tricks and bluffs before they come to the table.

Being able to call the other party’s bluff is another quality that millennials bring to the workplace. If a twenty-something employee is not happy in their job, they’re not afraid to leave. This willingness to walk away gives them a unique bargaining power, especially for those in executive or management positions. Some theorise that this is a trait picked up from video gaming, where you can always press “reset” to clear the slate and start again. Hungry for stimulation and experience, young people expect to be able to reset their lives and start over with a better game.

Today’s young people are also born entrepreneurs. They’ve grown up in a world where technology enables them to easily record their own music, make their own films, and start their own global businesses. They don’t have to wait for someone else to facilitate their desires by offering them a position; they can do it all from their laptop.

Similarly, and perhaps most contentiously, they don’t necessarily see the value of putting in conventional hours in an office. So long as the job gets done, they argue, it can be done anytime or anywhere; sat in a cafe or in the middle of the night, using 24-hour mobile technology. And ultimately, they’re right. Working in their own time, they often deliver better results, and in a digitally connected global business culture, physical offices and full-time staff are often seen as an unnecessary overhead.

The young generation have the faults of all young generations – a lack of experience and perhaps not seeking the advice of their elders. But they also have unique skills and attitudes that are perfectly in step with the world they live in. We should celebrate these skills and help them to grow in their own way as they adapt to a fast-changing business landscape. 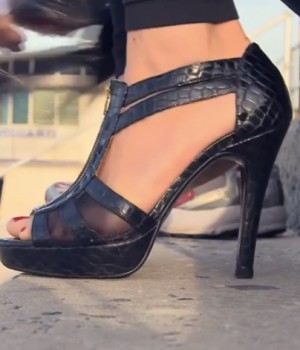