Australia’s fastest on-demand staffing platform Weploy has announced the launch of a new platform called WeployConnect as a direct response to job losses and economic decline due to COVID-19.

Weploy is challenging the community to help them hire 1000 people in ten days, with names including RMIT online already offering jobs on the platform, and companies including Roll’d and Bevilles helping their furloughed staff to onboard.

Unlike other labour exchange platforms that have emerged during this period, WeployConnect is a free service for both job seekers and employers.

What is the motivation behind this?

Weploy CEO and Co-founder Tony Wu, said for the company, it was important to focus on people over profits in times of crisis.

“Humans helping humans is what’s most important during times like these. COVID-19 has forced a large portion of Weploy’s employer base to make heart-breaking decisions to stand-down or let go of staff, and we felt there was an opportunity to provide some form of relief.

“We repurposed our existing tech to build WeployConnect, meaning we have the ability to match jobseekers with suitable employers, quickly and without any cost to either party. We strongly believe now is not the time to focus on profit, but rather stepping up and doing what we can to help Australians get through this stressful time,” he said.

Wu saiddespite the introduction of JobKeeper and JobSeeker stimulus packages, Aussies would still be doing it tough, with many either ineligible for the packages, or lengthy delays from Centrelink leaving people high and dry.

“Stimulus packages are important, and Australia has set the bar globally, however for many it won’t be enough. We need to think of alternative ways to support Australians, but also provide opportunities to engage in meaningful work, particularly with higher levels of stress and anxiety associated with isolation and crises.”

What’s the response to WeployConnect so far?

Australian companies have already begun flocking to the platform. Roll’d is a kick-off partner, with 500 furloughed staff onboarded, as well as Bevilles. Employers like RMIT, Laureate, Antler, AcademyXi, Vivid CD are also hiring on the platform across a broad range of jobs- including retail, product engineers, delivery drivers, customer service representatives and marketing roles.

CEO of popular Vietnamese street food chain Roll’d, Bao Hoang said: “Whilst Roll’d has been forced to temporarily close many of its stores, affecting up to 500 employees nationwide – we take our corporate responsibility for these well-loved staff members very seriously.

“We are thankful to be working with WeployConnect in order to provide support and a hopeful next step for our valued employees by giving them access to a potential new opportunity,” he said.

In April, the ABS reported over 20,000 jobs had been lost since February, with Australia’s unemployment rate jumping to 5.2 per cent and underemployment at 8.8 per cent. 14 per cent of the workforce are also underutilised, with the full extent of COVID-19’s impact on employment yet to be realised. 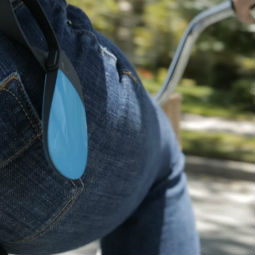