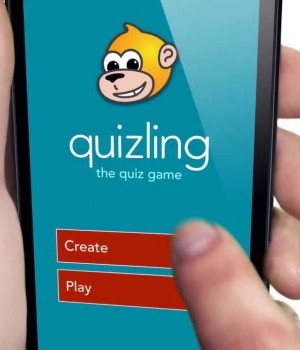 With over five million Australians passing through the doors of these institutions each year, and school visits being a key audience, Quizling’s platform provides these organisations with a significant avenue for outreach and promotion of their educational services.

Why has Quizling attracted this funding?

Sydney Angels investor and syndicate lead, Adrian Bunter, has joined the Board of Quizling and said that innovation in education is a strong area of interest for investors.

“The Quizling platform sits in the growing ed-tech innovation space, which according to EdSurge, saw over US$1.8 billion invested globally into the sector in 2015. While Australia has been lagging in investment in this space, Sydney Angels’ support for businesses such as Quizling, along with Australia’s new focus on innovation in education, shows positive progress in this area.

“Sydney Angels exists to provide funding and investor expertise to exciting Australian start-ups. It’s clear that a number of our members identified the strong potential of Quizling and we’re thrilled to see that they have already managed to leverage their platform in the commercial space with an aim of boosting educational programmes. Quizling was a graduate of the ACT based Griffin Accelerator, and has quickly continued the momentum gained from that program,” said Adrian.

What exactly does Quizling do?

Quizling is aimed at enhancing educational programmes by allowing anyone to create, play and share quizzes on mobile devices. The learning data and analytics from the quizzes are collected and shared with paying subscribers, within the constraints of privacy safeguards.

Quizling co-founder, Dion Oxley, said that the support of Sydney Angel’s was instrumental in getting Quizling off the ground. “We’re thrilled to have the support of the Sydney Angels team, with their investment making it possible for our development into the commercial market.”

“The institutions we now have signed on are seeing a very large value proposition in what we’re doing, which is linking them directly to learners and their parents.

“For students the quizzes are quick, simple, engaging and informative – and through our subscription model, the institutions can access their quiz data to help build their marketing strategy, raise brand awareness and help hit their remit of engaging learners and the broader community.”

The app, which is available on both iOS and Android, is targeted at primary-aged students along with their teachers, parents and schools, forming a direct link between students and those interested in engaging with them in an educational format.

An Innovation Partner Programme developed specifically for organisations with an educational agenda, such as museums and galleries, is set to further broaden the quality and outreach of the content.