In the lead-up to X Media Lab in June, we spoke with a few of the distinguished entrepreneurs from around the world who are slated to appear. In this Q&A email interview, guest speaker Martyn Ware explains the ability to freethink, how it’s not enough for an entrepreneur just to be cool, and how digital media must become more creatively agile.

A founding member of both The Human League and Heaven 17, Martyn is one of the world’s leading figures in electronic music. As record producer and artist, he has featured on recordings totaling over 50 million sales worldwide during a 27 year career to date, working with Tina Turner, Terence Trent D’Arby, Chaka Khan, Erasure, Marc Almond, Mavis Staples and many more.

He founded Illustrious Company with Vince Clarke in 2001 to exploit the creative and commercial possibilities of their unique ‘Heightened Reality’ three-dimensional sound technology and bespoke musical composition in collaboration with fine artists, the performing arts and corporate clients around the world.

Martyn is a Fellow of the Royal Society for the Arts; a Visiting Professor at C4DM at Queen Mary College, University of London; and a Visiting Lecturer at the Royal College of Art and the Harvard Graduate School of Design.

I suppose the ability to ‘freethink’ – there are so many new techniques and technologies emerging that the possibilities are multiplying every day – it needs an ability to see future connections that distinguishes true innovation from merely an efficient rehash of existing models.

Too many new digital entrepreneurs believe that to be cool is enough – it’s not.

Digital media relies much less on manufacturing skills and capabilities, and more on sourcing and nurturing a talented workforce – the main difference between this and ‘traditional media’ is that often overheads in digital media can be kept relatively low, and the employed workforce can expand and contract to accommodate different sizes of project – also the ‘clumping together’ of smaller practices to create extraordinary projects is much more common… so I would say that social aspects play a great part in the maintenance of goodwill and a flexible approach.

In other words, the world of digital media needs to be (and tends to be) more creatively agile and less pinned down than traditional media.

Inspiration! A lot of companies talk the talk about innovation, and speak in a language which they often don’t fully understand and unfortunately tends to become cliché-ridden if not treated carefully. I believe that true innovation in larger companies needs an open attitude, together with some funding for research that doesn’t necessarily translate into short-term ‘return on investment’.

To develop digital media practice in the future will require and increasing willingness to collaborate and innovate – this takes daring and a willingness to change attitudes at an increasingly accelerated rate.

5. Most recent advancement in music has been electronic; what other types of innovation, techniques or behaviour will contribute to this space?

More and more musical artists are looking to become involved in the holistic view of how they are perceived in a media-proliferating world. This used to manifest itself as ‘curating’ artwork and/or video accompaniment – this will now transcend into multiple forms of expression, making use of the huge amount of processing power that we personally possess, thereby enabling the average musical artist to create a more multiplatform, 360-degree expression of their work using the astounding digital tools (and friends with multiple skillsets) at their disposal. 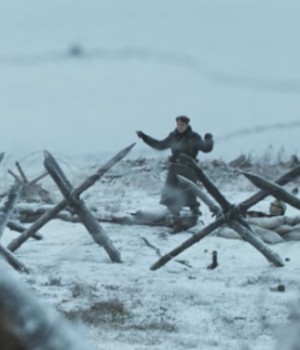