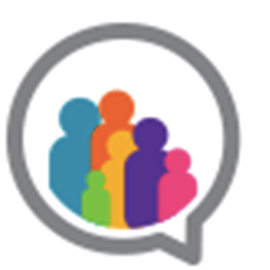 Would you switch off your smartphone for just one day?

Promise or Pay, a quirky social enterprise, is betting you can’t keep your hands off that shiny phone. Hence its win-win challenge.

If you fail – and go crawling back to your smartphone – you still win by paying up for a good cause. And, in the unlikely event you kick the recent habit, you win by really connecting with friends and family, or “tune in to the world around them in the spirit of love, friendship and charitable giving,” as the group puts it.

For a month starting on May 1, Promise or Pay is running the challenge in a bid to raise $100,000 for a clutch of non-profits in Australia, Cambodia and Liberia. The funds are to go to Mineke Foundation, which works for Liberia, West Africa, ABC’s and Rice of Cambodia; and Open Minds, an Australian charity that works for the enhancement of mental health and wellbeing.

“Advancements in technology and the Internet have allowed us to connect to each other constantly, yet ironically, people will pay more attention to their phones than friends, family or possibly someone in need,” said Jay Boolkin, who founded Promise or Pay last December. “We hope to use this phenomenon to get people thinking about how they interact with their fellow man.”

Boolkin has a rich association with non-profits. He is currently an Australian Youth Ambassador for Development at AusAID, working in Cambodia. In the past he founded The Yoke Project, which helps non-profit groups use Twitter to spread their message. He has also worked for Amnesty International.

Promise or Pay is quirky but probably intuitive as well. Still, Boolkin hit up on the idea only when he first-hand experienced what is a simple human failing. Boolkin says he made several resolutions on the eve of New Year 2013, and like many, had failed on each one of those. It then struck him that if he told others of his resolutions, he would more likely not fail. Or better still, if he put money on the line, the odds of his success grew.

Boolkin offers some data as well though it’s not clear where that comes from. He says the chance of achieving a goal increases 33 per cent if it is shared with others and by 72% if a monetary challenge is placed.

In its short history, Promise or Pay has won raves for its truly innovative concept, as much as for its social cause. It was a finalist at the Sydney Genesis Entrepreneurship Challenge for the Best Social or Not-for-profit Start-up and received honourable mention in the category of “Social Change” at The Guardian’s Activate Tech Talent Day.

However, it has raised only a modest $2,000 for charity, on promises worth $4,000 made on its online platform. So, the $100,000 challenge is a steep one but Boolkin is counting on the famed Aussie spirit – of giving, as much as rising to a challenge.