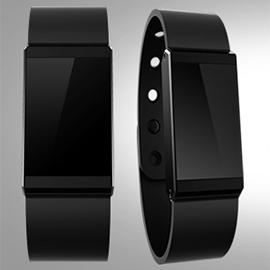 So, who didn’t see this coming?

Pozible made a smashing debut in China. Still, it may have surprised itself with the speed and scale of its success. Australia’s crowdfunding platform – started initially to support the arts – said Gyenno One, maker of a smart wristband, met its targeted 10,000 yuan within a minute of its launch.

But, just how big is it?

First off, 10,000 yuan is not a whole lot in Australian dollars – just $1,726. But raising that in a minute sure points to a lot of excitement and potential. Since then, the campaign has ballooned to over 500,000 yuan from about 750 people, fast approaching the $100,000 mark. The Shenzhen-based start-up was also fast running out of the free wristbands it is giving out for the pledges.

“Just after midday on Wednesday (AEST) the campaign for the stylish and affordable new wristband Gyenno One was launched. Within a minute it had reached its campaign target of 10,000 Chinese Yuan, and for several minutes, every time the page was refreshed, the number of pledges doubled,” Pozible Co-Founder and Director Rick Chen recalled.

One may have thought the world knows just as much as there is to know about China, the world’s manufacturing hub. But the Chinese-born Australian resident believes Gyenno One’s debut is an eye-opener to the western world of the huge untapped opportunities that China offers.

“Most of the world equates China with mass-produced, cheap products; missing out on the amazing innovations and maker movements that are being generated from there,” he said.

China is not just cheap, but cutting-edge

Gyenno One is not only an exciting new wristband that combines sophistication and function, according to Chen, but its affordable sets is apart.

“Similar products are currently available on the market, with the usual retailer markups. However, the sophisticated Gyenno One is available to the entire planet at around a third of the expected price for a product of this quality,” said Chen.

“What I saw (in China) was very cutting edge and sophisticated in terms of the quality of materials, concepts and technology,” he said.

Pozible recently set up an office in China and is looking to scale up operations out of the world’s fastest-growing country. It is already hosting the Chinese maker of a humanoid robot and “over the next few months we look forward to hosting another 7 to 10 campaigns,” according to Chen, who recently visited Shanghai.

Among them are an app that turns your smartphone into a wireless remote control, a smart watch that helps carers to monitor the live heartbeat of elderly or unwell patients, events and fashion projects.

Pozible is also running several campaigns in other Asian countries, underlining its expansion into one of the fastest-growing regions of the world.

In Singapore, men’s bag and accessory label Gnome & Bow recently smashed a crowdfunding campaign target and is the largest fashion campaign run on Pozible. In Malaysia, Pozible is partnering with the Open Learning Massive Open Online Course in Global Entrepreneurship, run out of Taylors University. Pozible expects this partnership to see more than a thousand entrepreneurs from across the globe running their own crowdfunding campaigns.

“We do not have the restrictions placed on geography that many other crowdfunding platforms do. We are excited to take on crowdfunding projects from across the globe and offer the best in creativity for anyone to access,” said Chen.