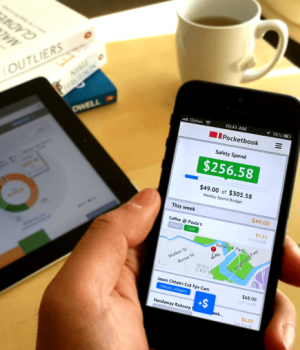 Finance app Pocketbook has reached the impressive milestone of 100,000 users in Australia following six months of some really rapid growth.

These guys are on fire – this milestone comes within just seven months of reaching 50,000 users (and it’s worth noting that they have reached 100,000 users twice as fast they reached 50,000) and just 10 months after raising their initial round of $500,000 funding.

Over-performing but still hungry for more

“We have outperformed our ambitious business plan with this latest milestone,” Pocketbook CEO, Alvin Singh happily remarked, “We set out to prove that Pocketbook had mainstream appeal with our initial funding. The pace of our user growth is evidence that there is a big opportunity for real innovation in the financial services industry.”

However, Singh was quick to add that that while this is a great achievement, both he and the team know they’ve got plenty of growing – both in product and users – still left to go.

Yep, no laurels shall be rested upon here…

In fact, the start-up is already raising a Series A round to fund its next phase of growth.

This milestone also means Pocketbook is now more popular in Australia than Mint.com was in the United States, when it was acquired by accounting software giant Intuit for US$170 million in 2009 – this says a lot about its strength.

“If you look at Mint.com at their exit, they captured around 0.3 per cent of the United States’ population. Today, we have already achieved more than that, in a third of the time,” Singh proudly pointed out about his start-up’s growth.

In the past year, Pocketbook has won a number of high profile accolades, including finalist at the Innotribe Start-up Challenge, the StartupSmart Award for Best NEW Start-up 2014 and a spot among Anthill’s 2014 SMART 100 innovations.

It has also been highly acclaimed by industry leading bodies such as Choice, AIIA, ACMA and Forrester Research, with CNET calling it “the best app of its kind (they) have ever seen”.

Does Pocketbook pose a real threat to Australia’s banks?

Pocketbook is focused on changing how people manage their financial lives.

This Aussie app aims to make managing your spending ridiculously simple by aggregating your bank accounts, credit cards and loans, and providing a single view of your spending.

It also enables users to rein in their spending with tools such as alerts whenever one is charged bank fees, spending limits and custom alerts – all to help you stay within budget.

“What we have today solves a huge consumer problem. We help our users reduce the huge amount of work required just to start getting on top of their finances,” Singh explained.

“We already provide an incredible amount of value to our users for free. But there is so much potential for even more value by adding ‘smarts’ and intelligence to the process.”

Rui Rodrigues, Investment Manager at Tank Stream Ventures, is also bullish about the future prospects of the start-up pointing out that above all else, the levels of engagement prove the intrinsic value that people see in the product.

Furthermore, Pocketbook co-founder Bosco Tan revealed to Anthill that some industry research has noted them as potential disruptors to the financial services industry.

Forrester Research mentioned Pocketbook as the app that poses a real threat to the mobile innovation teams at Aussie banks and has the potential to “disintermediate banks one day”.

At the same time, Macquarie Bank recently put out a report suggesting that digital disruption could cost Australia Banks $27 billion (or 39 per cent of their revenue) and that Pocketbook is one of those players affecting disruption.

A start-up giving banks sleepless nights instead of the other way around? That’s a first.

“There is a saying in the tech industry that ‘software is eating the world’. We are building that software for the financial services industry. And where we go next begins to paint a picture of what financial services of the future may look like,” says Singh. 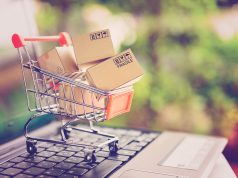