Online is cemented as the future of retail in Australia, says Neto’s 2018 State of eCommerce Report -
Monday, January 20, 2020 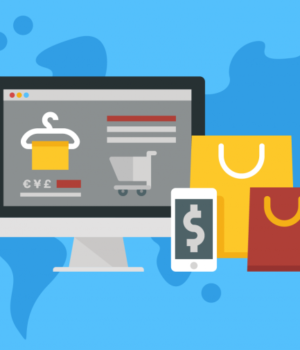 2018 will be known as the year ecommerce cemented its position as the future of retail in Australia according to new data released in the ‘Neto 2018 State of eCommerce Report’ revealing significant year-on-year online sales growth for the vast majority of product categories.

The report, released for its second consecutive year by leading Australian retail management platform Neto,  analyses billions of dollars in actual sales transacted on Neto’s retail management platform for the 2018 fiscal year. It includes transactions from thousands of retail merchants representing a range of verticals and business-sizes, as well as data from leading retail industry partners Google, PayPal, eBay, Sendle and SmartrMail.

“The online shopping industry in Australia is worth $23 billion and is growing at a much more rapid rate than traditional retail,” said Ryan Murtagh, CEO and founder of Neto. “According to the Australian Bureau of Statistics $1 in every $20 is now spent online. The transaction data we are seeing across our merchants for the fiscal year 2018, confirms the rapid growth in online sales for Australian retailers.”

What are the key findings in Neto’s 2018 State of eCommerce Report?

Performance across all verticals was strong in fiscal year 2018, with total sales for Neto merchants across all categories increasing, on average, by 30% year-on-year. Fashion was the front runner boasting the highest growth in sales at 57% year-on-year. Homewares was the second fastest growing industry by total sales (55%) followed by the niche category of Motor Parts (49%).

The verticals that experienced the highest year-on-year growth were Homewares which increased 25% to $138 per transaction, and Electronics and Hi-Fi at 18% growth to $116.

“Interestingly, the busiest time of year for our merchants was November—the beginning of the holiday season,” said Murtagh. “This is more evidence of evolving consumer shopping behaviours with many Australians planning ahead to factor in delivery timeframes over the busy Christmas period. As ecommerce growth continues it will be interesting to see how, over time, this shopper behaviour impacts retailers staffing and trading hours in the traditional December ‘peak’ period.”

It was the year Amazon launched into Australia and retailers had front row seats to the ensuing competitive plays put up by the likes of eBay, Catch and Kogan. As a result, consumer expectation has been pushed to new highs through innovation and the improvement of both the merchant and consumer experience.

Selling through online marketplaces like eBay, Amazon and Catch has become a core part of many retailers’ strategies as a tool to build brand exposure and reach new customers. Neto’s transactional data shows that one third (33%) of total online sales value comes through marketplaces like eBay, Amazon and Catch; however for a number of customers this percentage is much higher.

2018 has seen consumer adoption of social commerce continue to grow, with close to one-in-five Australian consumers (19%) making a purchase via social media in the last six months (compared to 11% in 2017) according to the PayPal 2018 mCommerce Index. Of those who shop via social media, Facebook remains the top destination (81%) followed by Instagram (25%) and Snapchat (9%).

Saying that, despite growth in social commerce, many Australians are still uncertain about buying from social media platforms. More than a third (36%) of consumers don’t trust the process of buying via social media and 38% are concerned about the safety of their financial information.

In addition to direct purchases, social media is becoming an important product discovery tool for Australian consumers. 22% of Australians said they’ve purchased an item through an online store after seeing it on social media, this jumps to 31% for Australians aged 18-34.

New entrant ‘Buy Now Pay Later’ (BNPL) performed exceptionally well, doubling in share of spend from 2017 to 7% with the value of transactions through services like Afterpay, ZipPay and ZipMoney increasing by 122%. It is expected this trend and growth trajectory will continue in the coming year.

Over half (54%) of all purchases were transacted via PayPal this year, down from 73% in 2017. However, total transaction volume did increase by 19%.

Credit card transactions (which also include debit cards) accounted for 39% of online transactions, a figure that is up 17% from the previous year, stealing away a slice of PayPal’s pie and highlighting an increasing confidence in using credit cards online. Total spend using credit cards increased by 31% year on year.

The PayPal 2018 mCommerce Index revealed that the number of Australian smartphone users making purchases and payments on mobile devices remains at an all-time high of 72%.  In fact, 37% of Australians now prefer to make payments or purchase with their mobile, a figure which jumps to 46% for Australians aged between 18-34.

Nearly one-in-eight consumers (12%) now shop via mobile daily. Convenience was ranked as the number one reason why at 32%, followed by ease of use (23%) and more shopping options (22%).

55% – The value of the Homewares market in Australia currently sits at $1 billion and is booming with total sales growing by 55% and its average basket size up 25% to $138. Payment methods are split PayPal 50%, Credit Card 44% and BNPL at 6%

49% – Currently valued at $484 million in Australia, the online Motor Parts vertical is enjoying accelerated growth. Total sales for Neto merchants grew 49% year-on-year and the value of transactions grew to $145, up 5% from 2017. There was also a significant growth in the number of merchants at 37% year-on-year. Payment method split is PayPal 72%, Credit Card 23% and BNPL 5%.

35% – Pets and Animals overall sales jumped 35% year-on-year, with Australia having one of the highest rates of pet ownership in the world (62% of households own a pet). Payment methods split is PayPal 49%, Credit Card 33% and BNPL at 18%

28% – The Sports and Recreation vertical covers any exercise, sporting and fitness equipment, apparel and accessories, as well as camping and fishing goods. It’s worth $449 million in Australia and growing at 28% for year-on-year sales with an average basket size of $143. Payment method split is PayPal 46%, Credit Card 40% and BNPL at 14%

23% – Gifting merchants had an average sales growth of 23% year-on-year, with seasonal spikes due to gifting holidays and events such as Valentine’s Day, Mothers’ Day, Fathers’ Day and Christmas. Interestingly while overall volume of sales increased, average basket size decreased 8% to $120. Payment method split is PayPal 26%, Credit Card 69% and BNPL at 5%

22% – Total sales for Neto merchants in the Electronics and Hi-Fi category grew 22% year-on-year. Value of the overall market is $3B with the average Australian household having 17.1 devices. Basket size increased to $116, up 18%, the second highest category for growth after Homewares. Payment method split is PayPal 67%, Credit Card 30% and BNPL 3%

21% – The Toys and Hobbies industry, consisting of a range of traditional games and toys, electronic toys, arts and craft products, and hobby equipment is currently worth $942 million in Australia, with ecommerce representing $70 million of that. Total sales for Neto merchants grew by a healthy 21%, with a basket size of $117. Payment method split is PayPal 57%, Credit Card 36% and BNPL 7%

19% – Tools and Hardware reported another year of steady growth with total sales up 19% year on year, and average monthly sales growing by 12%. Tool and hardware purchases tend to be larger, more expensive items, and accordingly the average basket size of $162  was the second highest of all the verticals. Payment method split is PayPal 65%, Credit Card 33% and BNPL 2%

26% – Supplements and Nutrition was the only category to not grow in overall sales volumes year-on-year. Payment method split is PayPal 76%, Credit Card 20% and BNPL 4%