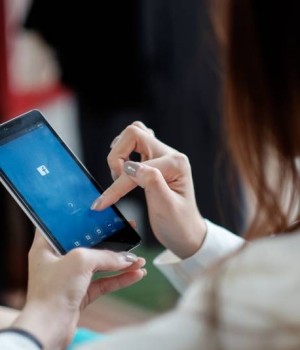 A new study on Australian media consumption habits reveals almost 60 per cent of Australians over the age of 16 believe online news has become more influential than print, and more than one third (35 per cent) regularly read news first on social media sites like Facebook and Twitter.

Local media and technology analyst firm Telsyte conducted specific research on media consumption habits for Meltwater, a global leader in media intelligence solutions, as part of its industry-leading Digital Consumer Study. More than 1,000 Australians were surveyed about their attitudes, intentions and adoption of digital technologies and media.

For businesses looking to influence customers, the study revealed online media is considered the most important, followed by print. Telsyte research also shows that age is no longer a barrier to digital influence — Australians aged 65 and over are using online news portals as much as print as their main source of news.

David Hickey, Director of Meltwater ANZ, says the study’s findings confirm that emerging channels are attracting audiences once dominated by print and broadcast media, as digital and social increase in importance for business management and customer engagement.

“We are seeing changes in media consumption habits across all age groups, which businesses can’t afford to ignore if they want to remain competitive. To get the most out of investments and engage existing and untapped audiences, companies must adjust their communication strategies to be in line with the shift toward digital,” says Hickey.

Telsyte Managing Director, Foad Fadaghi, says, “The widespread use of smartphones has been a game changer for entertainment consumption but also the creation of news media, including online video reporting and live streaming.”

Telsyte’s Digital Consumer Study also showed that a tipping point was reached in 2015, with more than half of Australians above 16 years of age consider the Internet as their main source of entertainment.

The study also reveals that simple to use web sites and mobile apps, as well as video news from trusted journalists are highly valued by Australian media consumers. People also value longer feature-length articles and the personalisation of content based on their interests.

“All signs point to a digital future,” says Hickey, “The under 35s are already less likely than other Australians to watch free-to-air TV as their primary news and entertainment source, instead turning to social media for real-time updates to meet their content consumption needs.”

“Younger Australians understand that social media feeds online news, and vice versa. Their media consumption habits will transform the way companies do business and engage with customers. After all, the 35-year-olds of today are tomorrow’s business leaders.”

“Understanding the important role social and online data plays for media intelligence is the first step for businesses across all industries to look beyond their internal walls,” says Hickey. “These outside insights give businesses the ability to make informed decisions in real time, stay one step ahead of their competitors and in sync with their customers.”