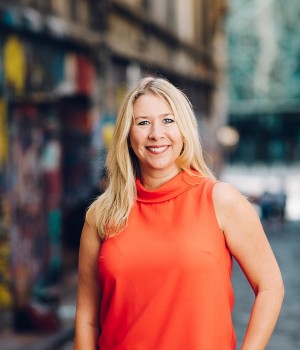 Melbourne’s restaurant community recently came together to show their support for the war against food waste by offering one dollar dishes exclusively via the Yume app.

Some of Melbourne’s best chefs including Jesse Gerner (Bomba, Green Park Dining, Anada) and Guy Grossi (Grossi Florentino) got behind the event and posted a limited number of one dollar dishes on the app from 3pm to 4pm during “Yume Hour”. All funds raised during Yume Hour will be donated to Melbourne’s four main food rescue charities: OzHarvest, FareShare, Foodbank and SecondBite.

Yume, a new Melbourne based app that aims to provide restaurants with an easy-to-use tool to either sell or donate their surplus food, is the brainchild of food waste warrior, Katy Barfield. The founding CEO of food rescue organisations SecondBite and founder of Australia’s first social wholesale fruit and vege business Spade & Barrow, Katy hopes Melbourne – Australia’s culinary capital – will soon take the crown as the nation’s food-rescue capital.

“We are delighted to be part of an exciting 2016 Melbourne Food & Wine Festival program and to have won such strong support from the industry,” Katy said.

“Melbourne is a city of food lovers and home to some of the best food in the world, staggeringly Australians send an incredible $8 billion dollars worth of edible food to landfill each year creating methane, wasting money, energy and resources used to grow, process, package and transport our food. We are well placed to become a global innovator as we seek ways to change this.”

How exactly does Yume work?

More than 250 businesses have signed up since the app launched in June 2015. The concept is simple. When a café or restaurant finds themselves with a little too much of something, be it a sandwich, unsold specials, or leftover cakes, they simply pop it on Yume at 50 per cent off for its growing army of more than 2,500 “yumemembers” to snap up.

Alternatively, food businesses can opt to donate their surplus food to one of Yume’s twenty partner community organisations that include Melbourne City Mission and the Asylum Seekers Resource Centre.

Yume is available on both Google Play and the App Store. If you are a food business looking to buy surplus food at a wholesale level please register your details here and if you are looking to sell large quantities of quality surplus food register here and help Yume create a world without waste.

How did Yume Hour go?

“Yume Hour was an event created to shine the spotlight on food waste,” Katy told Anthill, “It showcased just how amazing meals can taste, when they are created with surplus ingredients! Some of Melbourne most celebrated chefs including Guy Grossi, Jesse Gerner and Matt Wilkinson created some extraordinary and elaborate dishes for the public to snap up for just $1!”

“The event was more successful than we ever could have imagined! In the first 20 minutes of Yume Hour, over 2,500 users jumped on the app to snap up an exclusive $1 deal. In the first 10 minutes our server received 16,000 requests, which caused the app to slow down to deal with the demand. Thankfully, our tech team launched in to action and worked their magic to bring the app up to speed and cope with the massive amount of traffic.

“Around 900 dishes were sold during Yume Hour with 14 of the 22 restaurants involved selling out completely. As well as raising money for food rescue organisations who we admire so much, we are thrilled that the event put a spotlight on food waste and brought this important issue to the attention of so many Melbournians who may not have every considered it before.”

What is the story behind Yume?

Anthill caught up with Katy for a brief interview about her journey as an entrepreneur and her socially conscious app, below is what she shared with us.

Who is Katy Barfield?

My journey to becoming a social entrepreneur has been somewhat unorthodox. Believe it or not, I started out as an actress and even appeared on The Bill in the UK a couple of times!

I became interested in the not-for-profit space while volunteering at a charity in London called Children In Crisis where I became inspired to seek funding to set up a shelter for children in Afghanistan.

When I moved to Australia years later I had a brief foray in to the hospitality sector when I purchased a bar in Melbourne and ran it successfully for a number of years. It was here that I saw first hand just how much food goes to waste and when I was approached by Ian Carson to head up a new food rescue charity called SecondBite I felt I had to say yes!

As they say the rest is history and I have dedicated the past ten years of my career to fighting the war against food waste. My latest venture is Yume, a digital marketplace that connects sellers with quality surplus produce with buyers! It has the greatest potential to disrupt a broken system of any project I have worked on yet – and it’s not easy!

What inspired you to start Yume?

As the founding CEO of SecondBite I became very aware that our food system is broken. I was also very concerned that such a small percentage of food actually makes it to food rescue organisations and was keen to understand why and develop a solution.

Considerable waste is generated from hospitality venues – cafes, restaurants, hotels, caterers and higher up the food chain from manufacturers, wholesaler’s, primary producers and distributors. There are many reasons for this waste – for hospitality venues it is the small amounts of unsold sandwiches, specials or breakfast items that remain unsold after service.

It may not sound like much but there is a multiplier effect. In fact, manufacturing and hospitality are responsible for 1.4 million tonnes of food waste every year in Australia. If we can persuade each hospitality venue to put just one kilo of food on the App rather than in the bin we would prevent 40 tonnes from going to waste every day – without putting a single van on the road.

Higher up the food chain there are many reasons large quantities of food goes to waste; export consignments that are unfulfilled, miscoded barcodes, mislabelling, over production, short shelf life, etc.

We live on a planet with finite resources and it concerns me greatly that we discard such enormous amounts of our most precious resource ‘food’. In fact, globally we send 1.3 trillion kgs of food to landfill every year!

The natural evolution of Yume was to go further up the food chain to access large quantities via the Yume Wholesale platform model. It is a digital marketplace that connects food distributors, manufacturers and wholesalers with large quantities of surplus produce to caterers, restaurants, convenience stores and food businesses who want to buy it!  Yume’s platform provides an alternative to heavily discounting, turning over to animal feed or throwing away perfectly good produce. 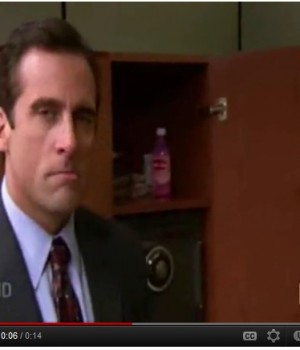 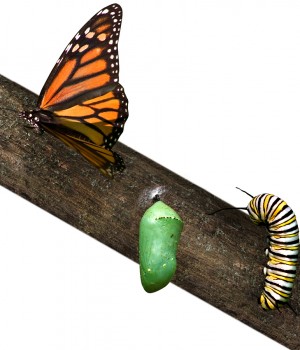