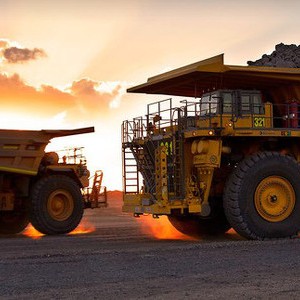 Australia’s mining division is set to recover in 2015-16, following a dramatic drop in both revenue and exports in 2014-15. The substantial year-to-year volatility has been driven by increased production of some of Australia’s key resources, which resulted in a global oversupply and a subsequent slump in commodity prices.

Plummeting commodity prices in some of Australia’s largest mining industries – iron ore mining, oil and gas extraction, and black coal mining – caused revenue in the mining division to decline by 10.0% in 2014-15, to reach $211.8 billion.

According to IBISWorld senior industry analyst Mr Spencer Little, “it is anticipated that 2015-16 will offer a much rosier picture for some of the nation’s largest industries, but black and brown coal mining may struggle to recover.” Mr Little added that “key commodity prices are set to rebound, while additional capacity in several key industries is also expected to come on line in 2015-16.”

As the largest industry in the nation’s mining sector, global supply factors in the iron ore mining industry have underpinned the division’s poor performance in 2014-15. World iron ore prices declined at an annualised 34.6% over the two years through 2014-15, falling to US$57.91 per dry tonne.

A sharp fall in the world price of crude oil also led to struggles for the oil and gas extraction industry. The world price of crude oil declined at an annualised 26.0% over the two years through 2014-15, as a result of global oversupply.
Like the mining sector’s other major industries, this price drop caused revenue and exports to fall in the oil and gas extraction industry. Australian liquefied natural gas (LNG) export prices are based on the Asian LNG market, which typically dictates long-term contracts linked to the price of oil.
“Large LNG projects were downgraded or written down, with some production put on hold as the fall in prices threatened the viability of several major projects,” Mr Little said.

Despite a weak performance in 2014-15, IBISWorld expects Australia’s mining sector to rebound in 2015-16, albeit from a low base. Sector-wide revenue is forecast to grow by 8.6% in 2015-16 to reach $230.1 billion. Improving conditions in two of the nation’s largest mining industries – iron ore mining and oil and gas extraction – are set to be the driving forces behind this recovery.

IBISWorld expects world iron ore prices to strengthen in Australian dollar terms following consecutive years of large price drops. This is expected to assist Australian iron ore miners as production volumes continue to rise. Iron ore mining revenue growth in 2015-16 will likely be driven by the expansion projects of Rio Tinto, the largest player in the industry, while oil and gas extraction is also set to bounce back.

“Additional capacity in the oil and gas extraction industry is projected to come on line in 2015-16, including some of the first east coast LNG export facilities,” Mr Little said. “These gas projects are expected to contribute significantly to capital expenditure in the mining division in 2015-16 and also drive strong export growth.”

“World prices for both steaming and coking coal, which are used in electricity generation and steel manufacturing, fell in 2014-15 due to an oversupply in the global market,” said Mr Little.

The brown coal mining industry also struggled in 2014-15, but a range of different factors contributed to the industry’s poor performance. Brown coal is essentially a product in search of a secure market. Deposits are abundant in Australia, where brown coal is found close to the earth’s surface and is therefore cheap to extract.

“Unlike black coal miners, brown coal miners have been unable to develop export markets. This is because brown coal is too heavy, unstable and low in energy value to make overseas transport or use in other domestic applications economically viable,” Mr Little said.

Demand for brown coal is determined by energy demands in the downstream fossil fuel electricity generation industry. Brown coal mining firms are typically vertically integrated along the entire energy supply chain, from mining and generating to distribution and retailing. Weaker demand for brown coal inputs at these operators’ power stations therefore negatively affected the brown coal mining industry’s performance in 2014-15. This trend is expected to continue, causing a further drop in revenue in 2015-16.

The uranium mining industry expanded dramatically in 2014-15, in the face of a struggling mining sector, with strong growth in uranium revenue and exports also projected for 2015-16. Rising global demand for uranium has boosted world prices. Despite ongoing environmental concerns, the continued expansion of nuclear electricity generation facilities – particularly in China, India and South Korea – has driven global demand for uranium oxide.

“The continued depreciation of the Australian dollar is expected to contribute to uranium revenue and export growth,” Mr Little said. “Australia’s total uranium production and export volumes are likely to rise due to new mine developments and several expansion projects.”

Overall, Australia’s mining division is expected to recover in 2015-16, after facing several major supply challenges in the previous year. Despite declines in black and brown coal mining, growth in the division’s larger industries is expected to boost overall revenue. Rebounding prices for iron ore and crude oil, and additional LNG export capacity are projected to underpin stronger division performance in 2015-16.