How being human will improve your bottom line in a crisis
Thursday, October 22, 2020 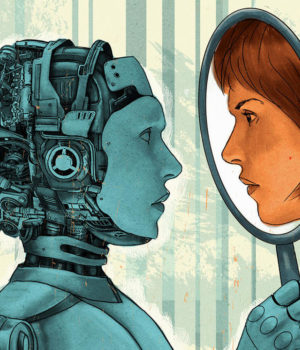 Being human all of a sudden seems to be the new “shiny thing” in a time of crisis.

COVID-19 has shaken us all up to the extent that the spotlight has been shone on some of the historical misconceptions of what makes a great manager great.

Whilst some will be rejoicing in the attraction of being more human, there are many who have made it to management roles in the past by continually reinforcing the misconceptions about the negative outcomes of being human as a manager.

In the past the old school hard style managers “go-to” was the short-term financial decisions that have impacted the humans who are still in the business through loss of trust and increased fear of “Am I next?”. There are ways to add a human element to these that will not only protect your bottom line now, but also position you to grow it on the other side.

One thing is to remove the misconceptions that being human and being profitable don’t belong in the same sentence.

See below for the top five misconceptions about ‘being human’ that should not be with us as we move into a post-COVID world of people management and look to improve the bottom line on the other side:

1. Don’t get too close to your people

This has been rolled out in every Management 101 handbook since the days where humans stood on a production line undertaking purely transactional based activities. They’re only outputs, not worthy of a manager’s time to build a human relationship with.

Why would you do that? It only makes it harder when you have to have that difficult conversation and maybe even fire them one day. You’re the supervisor or boss and can’t be seen to be soft in any way. How wrong we have been on this one.

Building deep relationships helps to create a connection and level of trust that takes away the “us and them” mentality, inspires and motivates humans to tap into their discretionary effort and even come up with innovative ideas they are willing to share.

From first-hand experience, I know it makes the so called “difficult moments” easier when there is openness and honesty between two connected humans.

2. Being human opens you up to showing weakness:

Once we strip away title, rank and serial number, all we have left is a human being. That’s what organisations are made up of.

Too often we hide behind our titles and adopt a suit of armour that has been handed down by generations of strong managers. If we were to lose that suit of armour, and become human, then surely, we will show weakness that will be exploited.

On the contrary the human managers are the strong ones. Those who step into their vulnerability and are prepared to say “I don’t know the answer”, “I screwed that up” or “I’m having a tough time right now”.

Doing this in a more modern world brings with it respect and a level of empathy that builds a truly human connection. It will also give others permission to step into their vulnerability. When we strip it all back it is what we have in common.

3. There are two of you – a manager and a human and don’t mix them up

There’s a real craziness about this idea that we have to show up as two completely different humans dependent upon the environment. You know how this goes. Be totally professional at work, roll out the corporate lingo, impress the boss, be the boss, display uber-intelligence, toe the company line and above all just keep hitting those damn numbers.

Once you leave the office it’s ok to relax a little once in a while (as long as you’re also up for swapping back when that email or call needs attention late at night), be that goofball, share a few mum and dad jokes, get around in your daggy clothes pursuing some strange hobby.

Here’s my tip. Just turn up as you. We humans have great fake detectors and can sense this flip-flop role-playing from a mile away. It takes too much energy to try being two human beings.

4. You need to know the job technically to gain respect of the team

You’d better know the technical aspects of the job in order to be respected by those who you are managing. This might have been the way when we treated (some say we still do) humans as purely outputs and promoted the best technicians into supervisor or manager roles.

In case you haven’t heard, there’s these humans today who have future proofed their careers by developing transferable skills. These skills are used to inspire, engage with and motivate other humans to do the technical work they love doing.

Listening, curiosity, creativity, emotional intelligence, people management and cognitive flexibility are just some of the skills the progressive managers now have in their kit bag. It’s not about how many widgets you’ve sold, made or designed anymore. It’s about how you use a human approach to allow others to do this important work.

5. There’s no way to measure the “human stuff”- show me the data and I’ll be human

These nine words are almost the final resistance to accepting in order to be successful we don’t have to measure everything to its minutia.

When you hear this be sure that it is the old management system nearing its last stand. The thing is this. Why would we want a KPI sheet to capture how many times we were helpful, thankful, caring and open to having fun, or even worse showed empathy or vulnerability. Measurement is important, don’t get me wrong, but we should be very careful to use it as the only way to gauge success.

The traditional numbers happen so much easier when you’re not focussing daily on your progress to achieving them.

It’s time to drop these nine words and bring down the last bastion of resistance to the new way.

The way of the Human Manager.

That’s what it is to be human.

Mark LeBusque is the Founder & Director of The Human Manager. He is a Harvard-trained consultant who refined his “Human Manager” model over a 25-year career in sales, operations and general management. Mark is an internationally sought-after speaker, facilitator, mentor and coach that works with individuals and organisations in leadership strategies.