The 2007 Australian Federal Election was labelled the YouTube election by mainstream media and it presented the candidates with a raft of new technologies to get their messages across.

But, while online electioneering can be traced back to 2000, the real turning point didn’t occur until Hillary Clinton announced her candidacy via the world’s favourite video sharing site.

So, what’s changed in 2010? Will this go-around be described by future political scholars as the ‘Social Media’ election?

Probably not. While Gillard did finally set up her Twitter account two weeks before the election, the way most politicians have used social media still remains pretty one-sided. I’ll talk, maybe listen but have an actual conversation? Don’t be daft!

What is exciting about this election is the democratisation of commentary we’ve, so far, witnessed.

Last week, I posted several sites created by otherwise politically neutral organisations, in addition to a pile of funny videos and spoofs created by good citizen journalists. In fact, these types of contributions are fast becoming the only interesting thing about the current election.

For your viewing (and voting) pleasure, here are a few more.

Will the real Tony Abbott please stand up

This latest video from GetUp.org is unlikely to win over any new voters for Labor but it sure will cement the views of those who already harbour big questions about the Opposition leader’s true beliefs.

BuzzElection released an announcement earlier this week revealing the second most influential tweeter in the Australian 2010 Federal Election is Lesley Dewar, beaten only by ABC News.

Lesley was a financial planner for 25 years but now writes a series of children’s stories entitled “Stories My Nana Tells” and is a well-known environmental activist. She has a keen interest in online networking, but what is most interesting is that Lesley is not a political reporter nor does she have a career background in politics.

According to a statement from BuzzNumbers, Lesley is very surprised at the positive response she is receiving and says, “I actually think it’s fantastic, fun, and has opened up a lot of discussion about the election. There has been very interesting feedback considering I’m not a traditional journalist. I’m a grandmother who writes children’s stories. I have been in business for 40 years and am very politically aware – but I think it’s a hoot!”

In the same week that Australia Post released the outcomes of its latest Gen Y survey, which revealed that young people prefer to be communicated with for commercial reasons via mail, rather than the social web, the Australian Youth Climate Coalition has harnessed the telephone to get its message across.

The AYCC has launched a campaign tool it calls ‘Power Vote’, which allows the user to enter their name and postcode, find their MP, and have an automated telephone voice message left for them saying they’ll vote for the candidate who acts on climate change.

With over 1,000 power votes in the few days since its launch, young voters, who make up 20 per cent of the vote, are showing MPs that they can beat them at their own game, providing one-way, ‘autocue’ responses. The technology has never before been used in a federal election campaign.

Analysing the social election – Tweets and word from the digital street

Like BuzzNumbers’ social media analysis tool, BuzzElection, digital media agency Amnesia Razorfish has also launched a central repository of social media news,  developed to “take the pulse and analyse how the political parties and the community use social media to sway votes.”

The site features commentary on how – and how well – Australia’s political parties are using social media, plus the latest Tweets from Julia Gillard, Tony Abbott and Bob Brown. Plus, it has a sense of humour. Forget the election promises. That’s something we all need in these beige times. 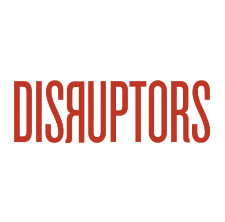 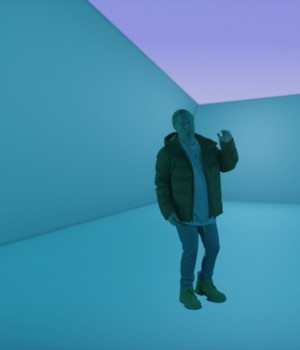