It takes more than a little effort to make car washing cool. The folks at Sydney-based Nanotek have pulled it off, though, combining a slick (literally) product with an aggressive franchising strategy that has established beachheads in more than a dozen nations.

The company’s name is a nod to the micro-polymer liquid it packs in mobile units that are dispatched anywhere a car finds itself in dirty distress. The customer’s vehicle is cleaned only with the liquid; no water is added. The polymer (the key ingredient, “Polyslick 3,” is patented) binds to dirt particles, trapping them in a lubricating film. This allows the dirt to be wiped away without scratching and leaves a protective coating that lasts up to six weeks.

The environmental benefits of car-cleansing without using water was the reason why the company was dubbed Ecowash Mobile when it was formed in 2004. Six years later, the company’s principals decided they needed to reposition the brand.

“We conducted market research … and found that consumers were more interested in our technology,” they wrote for their entry in Anthill’s SMART 100.

Hence, Nanotek. With the new name came a marketing strategy with stressed a sleek, futuristic vibe (check out the website and, below, the promotional video). Where Ecowash Mobile stressed “waterless” cleaning, Nanotek pushed the nanotechnology pumping through its product.

The mobile service positions itself somewhere between an old-school car wash (less expensive) and a pricier, full-bodied detail job.

One of the fascinating things about Nanotek is that, when its founders came across the polymer liquid in Europe and secured its distribution in Australia, there was no intention of selling the product directly. From the start, the plan was to plug the product into a mobile car wash business, which quickly morphed into a franchising  strategy as demand grew. (Nanotek says it will never put the polymer on store shelves.)

The franchises have stretched thoughout the Pacific Rim and into places as disparate as Saudi Arabia and Russia. The latter is a story in itself. The first Russian franchises launched in May. Within a few months, a native website that publishes information about franchises ranked Nanotek as the fourth most popular franchise in Russia.

Nanotek has between 21 and 50 full-time employees. And what do they do for a good time? Clean cars! Seriously. Nanotek flew its head office staff into Melbourne for the 2011 Australian Motor Show. “They not only wanted to clean some of the world’s most amazing cars, but to see them before the rest of the world did!” the company folks said. 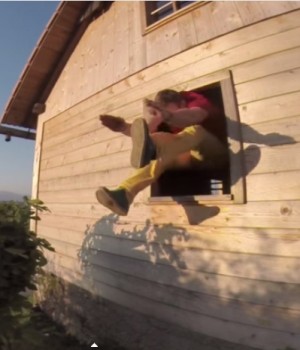