When the folks who would form Melbourne-based Effective Measure pitched their product on their home soil, they received a sobering response — take it elsewhere.

So they did. Before long, their suite of tools for measuring online media buys and audience demographics had found customers in Dubai. And Singapore. And Johannesburg. Ultimately, Effective Measure set up shop in 23 countries over 24 months. An $8 million injection from Silicon Valley investors certainly didn’t hurt.

“We were told we needed to prove ourselves overseas before we could be taken seriously in Australia,” the EM team writes. “Depressing, isn’t it? But that’s how it happened.

“So, being the overachievers we are, we decided ‘proving ourselves’ should be on a grand scale. We looked for a large market that could really use what we were doing, and that market was the Middle East and Southeast Asia.”

Effective Measure focuses on helping media buyers, advertisers and publishers make sharp choices in emerging markets by offering “best practice” research and measurement tools. As such, Effective Measure says it picks up where predecessors such as Google Analytics, Omniture and ComScore leave off.

“Our suite of tool, powered by our patented Digital Helix methodology, offers the capability to measure online ads, online audiences and traffic on specific sites, and to perform surveys aimed at providing a macro and micro view of the digital landscape and consumer sentiments,” the EM crew writes.

Its clients total about 5,000 people from more than 1,300 companies. Effective Measure estimates those clients make decisions about media is addressed to more than 300 million people — about 12 times the population of Australia (a market that EM entered earlier this year. See? You can go home again).

Being so far-flung has forced Effective Measure to be imaginative and nimble, even when it comes to having fun. Linking up a bunch of XBoxes through Xbox Live, employees used Kinect to conduct a company-wide table tennis tournament. Ultimately, Effective Measure sees big pluses in having offices in several continents.

“For us it’s not business as usual. We have really focused on getting local talent on the ground in some of our markets really early in the piece. Most of our big competitors feel they can do quarterly trips into market from the home base (normally the USA) and that will work.

“We have found that local people really help speed up the process of market development and get things done.” 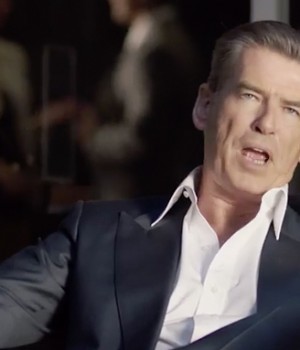