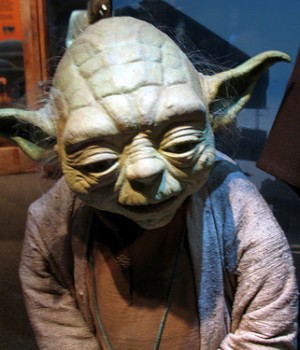 New research shows that Australian business conditions are looking on the up and up as we roll into 2013, with 84% of Australian businesses saying they expect to grow, or maintain, their profitability levels in 2013, according to peer mentoring organisation, The Executive Connection (TEC).

Well that’s the kind of thing we like to hear, now isn’t it, Anthillians?

The (small and medium) enterprise strikes back

Small businesses are looking even more promising – and more confident, with 96% of companies with an annual turnover of under $1.5 million expecting profits to rise or remain at current levels.

The TEC Business Confidence Index, which measures the confidence of business leaders around the nation, also shows that businesses in NSW were the most confident, with 90% expecting a profitable 2013.

In the wake of tough budget measures, South Australian businesses displayed the lowest confidence levels with almost one quarter (23%) expecting profit levels to fall in the New Year. (May the Force be with you, NSW readers.)

TEC CEO, Nikki Potter, says that while the results confound much of the current business analysis, it all represents good news for the Australian economy.

“SMEs are the backbone of the Australian economy, and the fact that so many are confident of increasing their sales and profitability is a great sign for Australia.

“It’s been tough going for business leaders in recent times, and while this confidence shouldn’t be interpreted as a return of ‘the good times’, it does show  their resilience and reflects a growing understanding of how business can increase and maintain profitability during a downturn,” says Potter.

Attack of the Androids

The survey also shows that SMEs expect consumers to continue opening their wallets in the coming year, with 51% believing sales revenue to increase in 2013.  Although relative minorities of those surveyed say that they think sales will taper in 2013, we’re hedging our bets on success all around over the next year.

With an increasingly flooded market packed with Android smartphones and tablets, iOS devices, and consumers willing to make use of them in the purchasing funnel, sales are sure to be growing.

Return of the new fry

The survey also held good news for employees, with almost half (44%) saying they intend to increase their headcount in the coming year, while only 15% expect to reduce staffing numbers. Better dust off those resumes, eh?

Sadly, employers in the West are the most likely to reduce their headcount in 2013 with 20% saying they intend to cut staffing numbers.

Larger companies were again the least confident of their prospects for growth in the New Year, with 38% saying they will need to reduce their organisational headcount.

The New Year is shaping up to be great for Aussie business – here, here! That’s news we can all celebrate.

So, we’ll leave you with this nugget of wisdom from Master Yoda: