Opening up your API to approved third parties can have significant benefits for your brand. Just ask Twitter – the social media giant built much of its early success off the backs of its external developer community.

So it must have been a kick in the pants when the company recently took back the love, telling newer developers they’d no longer be permitted to build conventional Twitter client applications.

Developers worldwide have built successful applications – and businesses — on top of web platforms run by a single company. Think Facebook, MySpace, et al. Twitter’s about-face is a timely reminder of how vulnerable this can leave your revenue stream.

Fortunately, it’s far from all doom-and-gloom. Increasingly, companies are redirecting budget from other departments to create a kitty for third-party developers to build bolt-ons to core services.

And we’re not talking chump-change either.

In late-2010 email marketing and email list manager, MailChimp, launched its $1 million MailChimp Integration Fund. The scheme is geared towards small start-ups interested in integrating apps with the company’s API to take on “small, paying project”.

In his blog, MailChimp co-founder Ben Chestnut wrote: “One of the best investments we ever made as a company was in our API. It’s probably the best marketing we’ve ever done.”

“If you’re an early-stage technology company, and you’re thinking about hiring sales people, or some marketing rock star, don’t do it. Just work on your API.”

Chestnut believes piggybacking on established companies’ customer-base through API integration is the first step to building a sustainable ecosystem around your company.

“Before you know it, new companies will start integrating with you to leverage your customer base,” he said.

The synergies between the two companies were obvious to EventArc co-founders Scott Handsaker and Andrew Edwards – as part of their clients’ promotions, event organisers often need to deliver email marketing campaigns. MailChimp’s trusted solution “ticked all the boxes in that regard.”

No points for guessing what initially drew EventArc to the scheme. “Funding!” Handsaker said. “It was the money to be honest.”

“We are a small, scrappy startup and we need to do everything we can to make sure we survive another day. MailChimp are an outstanding brand so we knew the offer was legitimate and well worth going after.”

But the partnership wasn’t purely motivated by moolah.

“We are both startups keen to find better ways to do things online,” Handsaker said.

So what else does EventArc hope to gain from the partnership? In addition to the kudos of integrating with a world-class email product, it will also get an added feature-set for its product. Plus, let’s not forget exposure to a broader set of customers through promotion of the company’s activities with MailChimp.

When asked about what Twitter’s recent decision to restrict API access means to third-party developers, Handsaker warned: “In general, developers should be wary of putting ‘all their eggs in one basket.’ This is the case when developing for a single platform such as Twitter or Facebook. ”

“You remain at the mercy of the parent company, so you want to be absolutely sure that you can trust what that parent company is going to do with their product.”

“I’m not sure Twitter handled it very well at the start and their communication around the changes was poorly managed. Having said that, developers should no longer be in any doubt what Twitters position is on their API usage and what they expect from their developers.”

API programs aren’t just for the Facebooks, Twitters and MailChimps of the world – and you don’t need to offer a $1 million bounty to draw a crowd. Many companies that have successfully piggybacked on other programs go on to launch their own – in fact, EventArc plans to do just that in coming months.

The benefits of launching your own program include:

But be warned: API programs need TLC to thrive. If you’re not willing to allocate internal resources, don’t go there, girlfriend.

Image by: The Mad LOLScientist 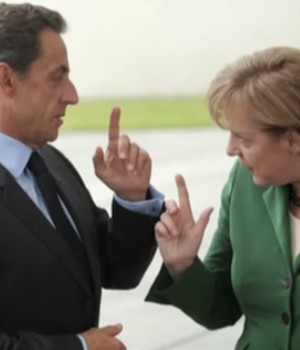