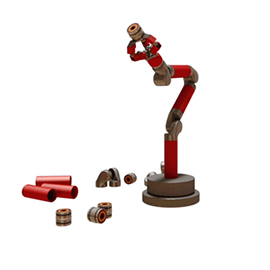 It might be the hobbyist’s ultimate dream – making one’s own robot. Perhaps a cute one that can charm your child at home, or a workmanlike one that can do the heavy lifting.

For over three years, Daniel Pizzata and Adam Ellison have toiled hard to bring that vision to reality. Pizzata loves robots and perhaps recognises the challenges of making one better than most. Ellison, too, knows a thing or two about robots, having worked with some first-hand in the automotive industry.

Today, the founders of Modbot believe they may be closer to putting a do-it-yourself kit in the hands of enthusiasts. The duo expects to launch, within months, a crowdfunding program that will hand out an early version of the Modbot kit, letting users come up with their own idea of what they would like the robots to do – a 3D printer, a simple robotic arm or even a humanoid, without the need for wiring and coding.

No dearth of (killer) apps

At its core, “Modbot provides intelligent motion,” the duo said in an email interview with Anthill. The rest of it is pretty much left to the imagination of users for now, though Modbot will also look for application-specific partnerships to build products. Passata and Ellison threw up some ideas such as photography.

“Consider a…robot camera dolly. Alfonso Cuaron used this technology to film the movie ‘Gravity’. Imagine putting that technology into the hand of every photographer,” they suggest.

Or, with Modbot servo’s accurate feedback, “gamers could build force feedback simulators for real-world game experiences. Everyday inventors could assembly the servo, link and joint into a set of prosthetic legs to simulate human movement.” Or a manufacturer could use Modbot to assemble a CNC machine, a 3D printer or a pick and place machine.

What will Modbot really deliver?

“Initially, we will sell the Modbot Robot Building blocks, the real metal bits. Alongside that we will make a virtual robot builder for you to build robots in the cloud and then order your parts. The marketplace will support third-party hardware such as 3D printer extruders, gripper hands, wheels and sensors. Our goal is to make the name Modbot synonymous with precision motion.”

Earlier this month, Modbot was invited to present at Hardware Battlefield, an event at the Consumer Electronics Show in Las Vegas. Judges at the event included judges Pebble smartwatch founder Eric Migicovsky and Sun Microsysystems’ Greg Papadopoulos.
The founders also were invited to tour the Tesla factory, the iconic electric-car maker that has one of the most advanced automated assembly lines. Pizzata and Elison, humbly, consider this their biggest achievement. “All of this has provided validation of both us as a team and the idea which is one of the most important things in a startup,” they said.

Modbot’s founders already have been inspired by Tesla founder Elon Musk and his theory of “first principles” that set a paradigm for challenging existing conventions. Consequently, “the Modbot servo demonstrates a completely reimagined form factor than what is currently available,” the founders assert.

“We design it, and then qualify the design with smart minds that we surround ourselves with. Because our goal is to make things move we have quickly move into prototyping. We think its important to get your hardware out of the CAD and into the real world for people to play with as soon as appropriately possible.”

Could Modbot be at the vanguard?

Modbot believes it has a head start in the consumerisation of robots. It started “before the market had begun to spur, so we are admittedly excited about entering so early in the new game.” The next trillion-dollar industry – as robotics is considered – has seen some action recently. Google, none less, has entered with eight acquisitions including that of the ‘Big Dog’ maker, Boston Dynamics. But Modbot might be the only one into making DIY kits. It now wants to do what Makerbot did to 3D printing – offer a price point at which robotics becomes accessible to all and sundry.

Modbot’s crowdfunding campaign is still a few months away. But right now, users can jump on and sign up to be notified, or join Modbot’s community of robotics enthusiasts. 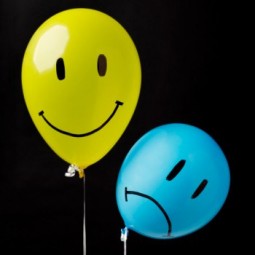