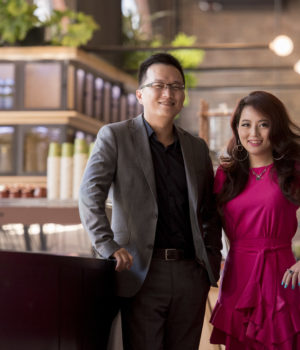 Leading dining rewards and payment app Liven has begun selling its new cryptocurrency LivenCoin (LVN) to the public, a key milestone in the company’s mission to transform the dining experience with world-class technology.

Since publicly announcing its plans to create the world’s first lifestyle digital currency, starting with the hospitality sector, the company has demonstrated impressive traction, including raising $10M USD through private sales (despite the “harsh crypto winter”), launching a new Melbourne headquarters, achieving 25 per cent MoM revenue growth and scaling to over 20,000 venues via API integrations.

LVN is now available for purchase (via livenpay.io) and use in the Liven app where over 400,000 existing users can find local eats, settle the bill and earn cryptocurrency rewards at more than 1,000 eateries (and counting). Adding to the stable fan favourites of Gelato Messina, 8Bit Burger, MoVida and more, recent additions to Liven’s network include Dragon Hot Pot, Maha, Lumi Dining with more big names coming soon, including Din Tai Fung, Gazi and Jimmy Grants.

LVN, which has been powering LivenPay behind the scenes since 2018, is now one of the most actively used digital currencies in the retail world. Users have the option to save their earnings in their Liven wallet to use on their next transaction, send LVN to friends in real time (and fee-free) or donate to one of Liven’s many charity partners.

Liven plans to expand overseas to Auckland, London and many more cities, and will continue to add further utility to the LVN token.

With its recent growth, Liven has attracted a number of crypto heavyweights onto its board of advisors, including former NEM president Lon Wong and most recently Bitcoin.com CEO and figurehead for Bitcoin Cash, Roger Ver (aka ‘Bitcoin Jesus’).

As a leading figure in the Bitcoin community, he was also a major contributor to the establishment of the Bitcoin Foundation and continues to support the efforts of the foundation through numerous donations. He joins Liven’s advisory board with immediate effect to provide strategic advice and feedback on Liven’s product roadmap, help secure partnerships with key industry investors, tech vendors and exchanges, as well as evangelize Liven’s approach to the mass adoption of blockchain technology.

Commenting on his appointment, Ver said, “The future of cryptocurrencies depends on practical applications for real people and Liven is a prime example of this. I am excited at this opportunity to grow with them and demonstrate the power of cryptocurrencies to the wider world.”

Liven co-founder Grace Wong said, “We are ecstatic that a genuine global star like Roger Ver has joined our advisory board. Roger’s belief in us demonstrates further proof that what we are setting out to do with Liven will truly change the way the world engages in its favourite pastimes, starting with dining out, but that’s only the beginning.  By making it not only more exciting, but also more valuable for our users by rewarding them with a cryptocurrency that they can truly own.”

In addition to Liven’s rapid development, the startup has received international recognition for its technology, qualifying in the top 10 for Richard Branson’s Extreme Tech Challenge 2019 at CES2019, and won Bitfury’s category prizes for Blockchain as well as Digital Payments.

Liven was founded by university friends Grace Wong, William Wong and David Ballerini in 2014, receiving $10 million of VC funding in 2017. They observed the mobile payments megatrend taking place throughout Asia, the failings of modern rewards and loyalty programs (such as points locked in silos, being non-transferable and having limited shelf-life). They also saw the potential of the blockchain to not only disrupt both payments and loyalty, but the charity model, and created a way to solve these issues in one smooth user experience.