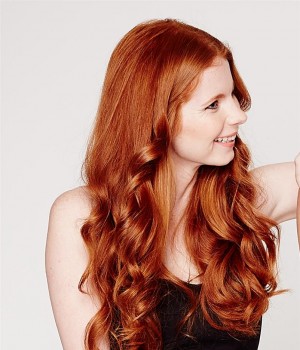 Her Fashion Box (‘HFB’) is a global fashion and beauty subscription service which ships over 30,000 subscriber boxes.  HFB is all about customers of the ‘Youtube Generation’, with subscriptions coming from Australia, New Zealand, United States, United Kingdom and Japan.

HFB CEO, Kath Purkis, excels at spotting opportunities where others don’t and building relationships. She’s also quite clever. To drum up interest amongst its stated key demographic (ya know, women), the company sends male models out in Sydney to deliver Her Fashion Box packages.

Kath is also incredibly enthusiastic about her chosen profession.

“I freaking love being an entrepreneur,” Kath recently told Anthill.

“I love building this business, making it bigger and bigger each month. I love sharing my dreams and vision with everyone.”

Kath is also an accomplished public speaker and a cracker jack closer. Her list of accomplishments in business is already staggering – and it continues to grow. In light of her entrepreneurial excellence, Anthill is pleased to announce Kath Purkis, 2015 30under30 winner!

‘I can read minds… I often write things down & then the next day they happen in a meeting. I creeped out my Brand Director last week by showing her something I’d preempted before it happened’

USE THE TWEET BUTTON AT THE TOP OF THIS PAGE. YOUR TWEET WILL SAY: CONGRATULATIONS KATH PURKIS, ANTHILL 2015 30UNDER30 WINNER!