There’s something inherently cool about the idea of world-class scientists battling it out for the honor of creating the most elegant solution to a sticky, real-world problem. It’s kind of like “Transformers” without the armor or cheesy dialogue.

Well, it’s more than an idea; it’s happening now, on the Internet. Four men in a Melbourne office created the arena for these data clashes. They call their creation Kaggle, and its the winner of the X-Factor category of Anthill’s 2010 Cool Company Awards.

Daniel Gold, Kaggle’s business development manager, says their service merges two needs. Businesses and governments have data or scenarios that must be studied to determine the most likely outcomes, but the analytical talent pool is usually limited by who’s in-house or geographically nearby. Scientists, economists and statisticians, on the other hand, crave opportunities to get their hands on real-world data so they can test their models and, hey, get paid for proving they’re the best.

And that’s what Kaggle does. The site team helps clients (they range from banks to telcos, from insurance companies to pharmaceuticals) turn their problem into datasets and descriptions that are uploaded to Kaggle. Competitors then take a crack at the problem, trying to produce the best models. Submissions are scored on their predictive accuracy compared to a hidden solution file. Competitors are ranked on a live leaderboard. When the competition ends, the client pays prize money in exchange for the winning model.

What kind of problems do the experts tackle through Kaggle? The site offers two examples:

Predicting the future: A managed fund requires contestants to forecast the price of all stocks in the Dow Jones Industrial Average in six months’ time. The fund may then invest based on the forecasts made by highly rated statisticians.

Some of the recent competitions on Kaggle include predicting the edges — or connections — between friends in an online social network, and predicting various travel times on Sydney’s M4 freeway.

“As the amount of data generated by organisations increases, predictive modeling is becoming an important differentiator. Kaggle is innovating this space via the creation of a new interface between industry and academia,” Gold said. “Our community of data scientists comprises thousands of Ph.Ds from quantitative fields such as computer science, statistics, econometrics, math and physics. They come from over 100 countries and 200 universities.”

Kaggle recently branched out with “Kaggle in Class,” which allows school instructors to host data-prediction competitions for their students. One instructor asked his students to predict wine prices based on variables such as vintage, varietal and region. The top teams won’t have to take the final exam!

Kaggle was founded in 2009 by Anthony Goldbloom, an economist who, before going into business for himself, built data models for Reserve Bank of Australia and the Australian Treasury. He holds an honors degree in economics and econometrics from the University of Melbourne.

Gold said the ever-changing landscape of the competitions keep the small Kaggle team on its toes.

“One day it’s a cowboy hedge fund manager, next it’s a government official at Parliament House,” he said. “Often we’re speaking to international research scientists at ungodly hours of the morning via skype. There’s no one size fits all at Kaggle. We’re always friendly, but we adjust as required for each situation.” 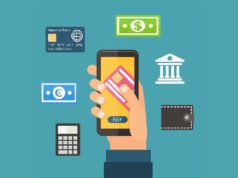 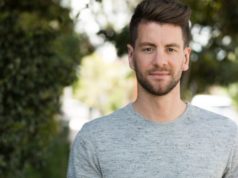