Try 5,717. That is the number of designers who signed up for a project posted on DesignCrowd to create a logo for TimesSquare.com, a New York news site and magazine. DesignCrowd Pty. Ltd., the Sydney crowdsourcing design firm, claims it is a record for crowdsourcing.

“We believe TimesSquare.com’s $10,000 prize was the largest ever for an online logo contest and one of the first design crowdsourcing projects to receive over 5,000 entries,” DesignCrowd CEO Alec Lynch. “It’s a great case study in design crowdsourcing and highlights the creativity and power of the crowd.”

As old as the hills

But just how do you measure crowdsourcing? By its impact? Or size? Or maybe something else altogether.

Crowdsourcing – or involving multitudes of people in a project – is not as new as many might think. For decades, much before the Internet came into being, The Oxford English Dictionary was driven by thousands of people writing in with word suggestions, etymology, usage and more. In more recent times, the human genome project used crowdsourcing, and leveraged the computing power of thousands.

DesignCrowd’s “record” project is quite different. It is not collaborative, and, strictly speaking, some might not consider it crowdsourcing. It is probably a simple contest run. Individual designers simply entered the contest and submitted their entries. Still, it is a feat of sorts in for-profit crowdsourcing, if we don’t split hairs on the term. Probably, no other single project of its kind has received so much interest across the world.

TimesSquare.com offered a total of $10,000 for a new logo, with a top prize of $5,000. It received 5,717 designs from 1,319 designers, including top design agencies. The key outcome, from the client’s point of view, is the ability to tap such a large global talent pool, not to mention the cost advantage as well.

“We needed to find a more creative approach to procuring a new logo design. I wanted the process to be easy, the design ideas to be more creative and the design talent to be global,” Lorenzo Tartamella, the founder of TimesSquare.com, said, explaining his decision to post the project on DesignCrowd.com.

TimesSquare.com will unveil the winning logo at, well, Times Square on 12 December. It also will publish a book featuring a selection of the entries from the contest.

DesignCrowd also plans to allow participating designers whose designs are not selected to sell their work on its group website, BrandCrowd.com.

The privately held Australian company, founded in 2008, is backed by a syndicate of investors including StarFish Ventures and Grand Prix Capital. Over the past year, DesignCrowd has launched in the U.K., Canada and New Zealand, acquired Brandstack.com, reached 100,000 users and launched the logo marketplace BrandCrowd.com. It also raised $3 million from Starfish Ventures.

Today, DesignCrowd claims a designer base of 83,291 in 165 countries. Its projects average 103 bids. So far, it has run design projects or contests worth $4.75 million. 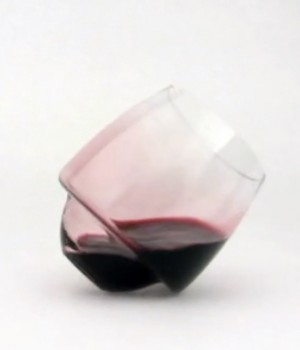