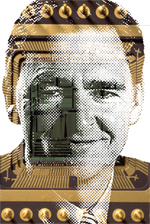 Innovation and good fiscal management are unlikely bedfellows. Yet when Victoria’s chief number cruncher Treasurer John Brumby adopted the Minister for Innovation mantel in February 2002, few raised an eyebrow. And it’s a good thing, too. While our federal policy makers have a patchy record at best, this Labor Government is fast developing an innovation climate focused on the economic impact of ideas. And it’s boosting Victoria’s bottom-line.

Innovation and treasury are a strange combination for a ministerial portfolio. How did you end up with those two hats ?

I think it’s a fit right for the times. I’ve been Minister for State and Regional Development and certainly some of the focus there is on innovation. Just over two and a half years ago the Premier and I thought we should be giving a stronger focus to innovation. Associating innovation with a senior economic minister gives it a profile and influence in Cabinet that it would otherwise lack.

It’s a culture focussed on change and driving productivity growth. We have a specific focus on those industries that drive innovation (biotech, environmental technologies, advanced manufacturing and design). Like our Science Technology and Innovation program (STI), designed to build capability and growth in those industries.

There’s an important message to get across to the broader community about how the world economic paradigm has changed. Victoria is and always has been the manufacturing capital of Australia. But look at the automotive industry. Seventy percent of producing a motor vehicle is now intangibles, such as design, software, intellectual property, R&D, marketing and so on.

If you had named a department “the Department of Innovation” 10 years ago, you would have been laughed out of politics. What has changed?

There was a change in mindset, particularly in corporate Australia, acknowledging the significance of innovation. Victoria has a strong record in science and technology innovation. It’s a serious business. Three other states now have ministers with innovation somewhere in their title. It’s become the norm and I think you’ll see that trend continuing.

We also have a strong commitment to the creative economy. It began under the former government, with investments in public infrastructure, such as Federation Square and the National Gallery. The Bracks government has accelerated that investment. We’re right behind things like the Docklands Studios and the Melbourne Festival for the Arts. We’re driving a great brand reputation for Melbourne that also builds strong economic foundations for the future.

You mentioned STI. What, in your view, is the role of government in promoting innovation and what is the Victorian government doing for the State economy?

In almost five years of government we’ve committed nearly $1 billion to innovation initiatives, the centre piece being the STI program (Mark I and II) ¡V $310 million each, $620 million in total. This program provides grants to universities, research institutions and businesses to support R&D and commercialisation in specific innovation sectors. Allen Consulting recently evaluated the STI program and concluded that it will add more then $2 billion to Victoria’s GDP.

We have other initiatives out there. Bio 21 at Melbourne University is now attracting some of the best scientists around the world. Peter Doherty, a Nobel Laureate winner and one of the world’s best immunologists, was attracted back to Melbourne a couple of years ago. Adrian Holmes, the world authority on polymers, is returning to Melbourne University after 15 years in the UK.

There’s also the Synchrotron at Monash University, a huge spaceship-like scientific research facility. It’s $200 million dollars worth of investment. Probably 60-70% of all drug design in the future will be undertaken in Synchrotrons.

We have a huge investment in innovation and we’ve really seen a remarkable transformation in the last few years, whether you’re measuring it in terms of number of companies, market placement or the share of venture capital that Victoria’s now getting.

Do you think the term ‘innovation’ puts extra emphasis on measurability?

All of a sudden there’s more pressure on the state government to demonstrate the outcomes of the inputs.
Measurable outcomes are important. That’s why we had Allen Consulting review the STI Program. We obviously want to make sure that we’re spending $600 million of tax payer’s money in the right area.

The 2002-2003 ABS venture capital data on Australia shows that, for the first time, Victoria gained a bigger share of Australian venture capital than NSW (37%). My guess is that that’s a trend that will continue. NSW has always had a small edge in IT funding. However, biotech and life sciences are huge Victorian strengths in attracting venture capital.

Ernst & Young’s 2003-2004 state of the world report on biotech ranks Australia 5th in the world. If Victoria was a stand alone country, we would be ranked 11th, so we are doing extraordinarily well in terms of outcomes.

Biotech is obviously the next boom area. What’s your vision for Victoria in terms of Biotech? Is it Silicon Valley?

We’ve just released the updated biotech plan, which sets some ambitious new targets going forward in terms of R&D, collaborations and new investment. Victoria has a great foundation, particularly our medical research institutes. The Walter and Eliza Hall Institute, the Ludwig, the Murdoch and the Baker are world class research institutes. They’ve grown up over the years under the auspices of government policy and practically philanthropic funding. We have substantially increased our support for them and we are seeing the benefits. The STI Program provided additional support to our universities and institutes by encouraging them to work together in a more collaborative way with a focus on commercial outcomes.

Victoria now has 40 percent of Australia’s biotech companies, but they often go to market too early. They float on market caps of $20-30 million and it’s not enough. They really need to be closer to $200-300 million. A significant challenge ahead is to move those companies further along the value curve before they go to IPO.

Looking at the undercapitalised nature of our biotechs, do you think that we have the resources in Victoria and Australia to capitalise those companies or do you think that we need to look abroad?
Resources exist domestically and internationally. The key is making sure that you have good products and investor-ready propositions. I think globally there will be some upward movement in interest rates over the next couple of years, but it’s not going to be huge. So you’re not going to see a massive shift into fixed interest. Most of the developed world has seen huge capital appreciation in the property market and, if anything, the property market is levelling out. Equities have shown annual growth of 14 percent plus and you’d be a brave person to believe that for the next five years they will continue growing at that rate.

So my estimate is that you are going to see an increased share of the investment pool being directed toward genuinely private finance initiatives. I think that the trick for companies or governments like ours is to properly match up that pool of funds with opportunities. That’s about getting propositions investor ready, better networking and more functions.

What are the challenges for the Victorian government with regard to innovation?

We are doing more and better research than ever before in this state. We have smarter people with smarter equipment working in better facilities doing absolutely stunning world class research. We are developing fantastic intellectual property.

Where we can still do better, if you compare us to the US or the UK, is turning those good ideas into businesses. So it’s the whole development, commercialisation focus. We have programs in the market to address that failure, like our Big Start Program.

Most of the other fundamentals are pretty right. The quality of our people is good. We’re starting to see more kids at school now take up science again. We are seeing an increased emphasis in universities and a mindset culture change around innovation and science generally. The fundamentals are sound. It’s the linkages that we can continue to improve.

If Labour wins the next election, what do you think we can expect to see in terms of changes in innovation policies?

The difference between party policies is that Labour has a stronger emphasis on R&D and encouragement through the tax system for companies to invest in R&D. This area is not sexy, but you have to talk about the things that are really crucial to our future. Innovation, science and technology certainly fit into that category. 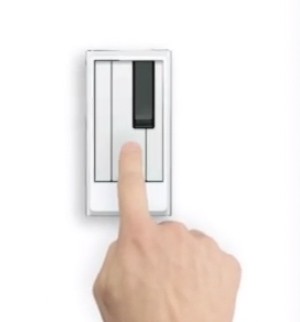 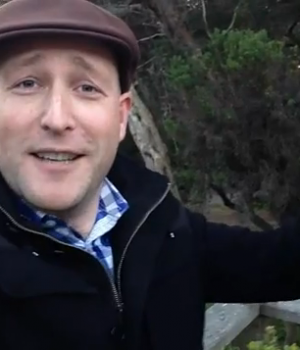