Jack Delosa is one of three 30under30 winners who received the same honor in 2009. One doesn’t stay on top by sitting still, and Delosa seems to be a Michelangelo in the art of topping himself.

But what truly sets apart the 23-year-old is that he’s driven to bring more nascent entrepreneurs into the fold. His latest venture, The Entourage, aims at inspiring and developing up-and-comers while linking them to mentors and potential investors. In Delosa’s words, it “connects Australia’s best entrepreneurs with Australia’s next entrepreneurs.”

Delosa is also working with Sir Richard Branson with the Branson School of Entrepreneurship in South Africa. MBE Education, his most successful startup, pulls in $1 million in annual revenue. He writes articles for several print and online business magazines, including Anthill.

This from a man who, at age 18, ignored the advice of family and friends and dropped out of university to pursue a business career. That same week, he and family absorbed a crushing blow as his older brother died from a drug overdose.

To repeat: Not sitting still. Asked to describe his motivation, Delosa says simply: Change the world.

“I think so many Gen Ys are bored of the old-fashioned way of doing things. We have an education system that was designed when the world was flat. Gen Y is the most entrepreneurial generation we’ve seen, yet there is no clear path other than the traditional tram-tracks of school, uni, job. We need more role models that can light up a new path where you follow your own interests and make your own rules.”

He could easily number himself among those role models. Delosa ventures have a common thread of empowerment, as he steadily builds a cohort of young, motivated minds ready to act on their dreams. 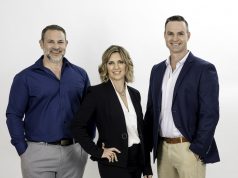 Formulating success: How ATP Science turned itself into an international vitamin and sport supplement company