Think of it as a wake-up call for that old, stodgy school of entrepreneurs.

Get on to the Internet and get social, too, before it’s too late. That, in essence, is a message from a survey by American Express and The Entourage Group, a network of entrepreneurs and executives under the age of 40.

The survey revealed an overwhelming gap between the younger and older generation of entrepreneurs in small business. The younger, aged 18-34, are growing profits, revenue and client base faster than the average, and significantly more than the older entrepreneurs, aged 50-64.

“The guard is changing in Australia’s small business sector with companies run by younger entrepreneurs growing faster and more likely to make a profit than older business owners,” The Entourage Group said.

Amelia Zaina, head of Marketing and Customer Engagement for Small Business Services at American Express, said the survey reveals the younger business owners to be “both resilient and resourceful” and “leading the way forward.”

The nationwide survey defined small businesses as having less than 50 employees and less than $2 million in annual revenues. Survey participants came from diverse industries including hospitality, retail, finance and insurance, manufacturing and professional services.

For those small businesses that have cut back on online engagement, the Amex survey should infuse new faith in the power of technology and networks.

Let’s look at some key findings of the survey:

Technology, indisputably, has marked the difference between the performance of younger entrepreneurs and the older generation.

While 43% of the younger owners said they ran e-commerce channels, the average was 32%, and an even lower 28% for those aged between 50 and 64, Zaina said.

Similarly, nearly 2/3rds of those who operated e-commerce saw revenues growing over the past year, versus only 49% who ran offline sales.

Social media presence – in the form of Facebook or LinkedIn pages – seems to bring a similar edge to business – 41% of younger business owners said it contributed to the growth of their business, compared to the 23% average.

The Entourage Group has traditionally run mentoring programs, primarily for the young to learn, in a manner of speaking, at the feet of the old. It might just be the time for a switcheroo – allowing the older lot to learn from the young, and catch up with technology. 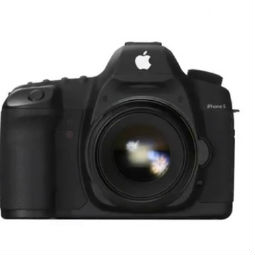