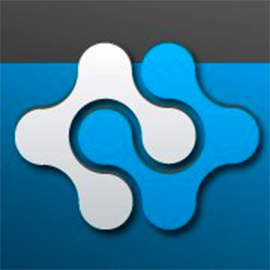 Just as Australia’s own Artesian Venture Partners hit the ground with its VentureCrowd equity crowdfunding program this week, an Israeli firm has entered the local market, ensuring there won’t be a monopoly, even briefly.

Of course, Australia’s investors and entrepreneurs represent a huge opportunity not just to OurCrowd, a one-year-old firm founded by Jonathan Medved, with operations in Israel and the United States, but perhaps many more in the years to come. Still, OurCrowd’s move in the equity crowdfunding space has been swift, just as the overall crowdfunding space is on fire with a market estimated at over $5 billion.

“So, we’re not completely new to the local market. However, we have now chosen to expand into Australia with a dedicated team of local investment professionals because we believe there are a lot of high net-worth individuals here with both money to invest and an interest in the asset class,” he told Anthill in an interview.

How does OurCrowd differ from VentureCrowd?

Both go after the estimated 207,000 high net worth individuals, with estimated assets of $625 billion, that qualify to participate in equity crowdfunding programs under Australian law. But that might be the only thing the two rivals will share in common, whereas both bring likely varied expertise to the table.

It puts skin in the game

For one, OurCrowd may have a year’s lead on the Australian company because it has already raised $34 million for dozens of startups in Israel and the U.S. For another, it is armed with a high-profile partnership with General Electric’s own venture arm, GE Ventures, based in Silicon Valley.

OurCrowd also claims two other advantages over VentureCrowd, at least to start with.

Firstly, it doesn’t run an “open platform” and will offer only deals vetted by the firm.

“Fund structure doesn’t play into the whole do-it-yourself ethos. There’s no discretion,” points out Ickowicz, a 15-year finance and marketing veteran. “On the angel side, a new investor doesn’t have deal flow and no real way to do diligence. That’s where OurCrowd does the work – we do all that for them, put our own skin in the game, mentor our portfolio companies and provide investors with companies we believe in.”

On the entrepreneurs’ side, OurCrowd says it will bring the best of angels and venture capitalists – “crowdbuilding” investors, in a manner of speaking – from across the globe, not just Australia.

“We make dealing with angels very easy. Instead of having the headache of managing a flock of investors, each on the capitalization table, we consolidate communication with our investor base. We crowdbuild – we use this global community of thousands of investors to help with business development, marketing, partnerships, and strategic hiring,” says Ickowicz.

OurCrowd, which also runs a formal VC business, says it will additionally “mentor the founders” to help startups grow their businesses, and not rest as passive investors.

Ickowicz says OurCrowd does not set any specific targets with regard to number of deals or money invested, and would rather let that be “determined by the market and quality of deals.”

“We are not a Kickstarter. Quality is our goal. Australian companies would be open to global investors and Australian investors to access and evaluate,” says Ickowicz.