iSeekplant raises $1 million to help constructors and miners get their hands on equipment for hire much faster -
Sunday, January 19, 2020 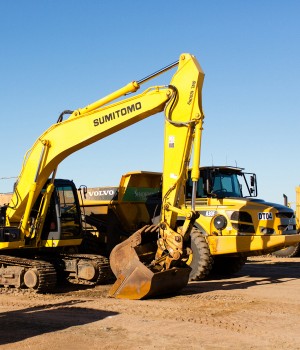 Australian plant hire search platform iSeekplant has raised $1 million from angel investors to capitalise on the growing online demand from some of the world’s largest construction and mining companies.

The capital will help iSeekplant build scale and launch a new bespoke solution offering, as the start-up expects to double its paying membership from January to August 2015.

This is the second capital raise for iSeekplant, which raised seed funding from 3D positioning and survey solutions giant Position Partners in January 2014.

iSeekplant co-founder Drew McPherson said the capital would support the company’s ambitious national growth plan as it continues to educate the market about the need for more transparent plant procurement processes.

“Big businesses are feeling the impact of increased competition on profit margins as project budgets often operate on a knife’s edge. A delay of even one day when sourcing equipment can cost a company millions of dollars,” he added.

How does iSeekplant work?

Launched in 2012, iSeekplant allows large construction and mining companies, such as Clough, Downer and BDM Constructions, to search for plant equipment for hire, connecting them to thousands of disparate small and sometimes micro businesses which own the equipment, who can then quote and bid for jobs.

Plant hire companies get access to a basic membership for free, which allows them to see the project managers using the site in real-time, what machines they are searching for and what construction companies are using iSeekplant.

They can then upgrade to an annual subscription to access more features, such as leads for jobs, new business contacts and projects. Some yearly memberships are as low as $100 per year.

iSeekplant now boasts 70,000 monthly users, already up from 12,000 in February 2015, has a database of more than 50,000 machines for hire and sees approximately $1 million in plant hire contracts for civil, residential and mining projects every week, with users making 6,000 daily searches for specific equipment.

What problem is iSeekplant solving?

iSeekplant was created by Drew McPherson and Shaun Whittred in 2011, both working as civil engineers and they were later joined by Matt Peters, a school friend of Drew’s and his sister, Sally McPherson.

Drew and Shaun were at the coalface of procurement and found sourcing plant frustrating and inefficient on a mining project in Daunia, central Western Queensland.

“There was no centralised database of equipment and services to search for plant hire business with the right plant and capability for a project. People relied on Yellow Pages, a collection of business cards, industry magazines and word of mouth,” Sally told Anthill.

“From the contractor’s perspective, plant hire heavily impacts the resulting profit margin. It is worth 20 to 50 per cent of the total spend on a project, which means they can’t afford to waste time sourcing quotes.

“With iSeekplant, they get access to a greater number of suppliers in each region and each tender can be priced in a matter of minutes.

“The plant hire side is very antiquated and low tech, the lack of understanding of Internet and digital marketing means businesses miss out on opportunities.

“iSeekplant puts them on the map and gives them a chance to be considered for major mining and civil projects in Australia.

Sally went on to point out that very few plant hire companies understand how to market their businesses online and despite there being about 30,000 earthmoving companies in Australia, very few have any digital representation at all.

“It’s a win-win for everyone. iSeekplant makes the procurement process more transparent, makes the industry more productive and helps reduce corruption in an industry, whilst providing an affordable online platform for plant hire companies to promote their services.”