For thousands of corporations and businesses across Australia, it’s that time of year again.

Managers are gearing up for a task which often provokes feelings of dread. Employees are preparing themselves for something frequently described as “loathsome”.

It’s the annual performance review, a customary annual corporate practice which is anything but performance-enhancing. In fact, it can be a major cause of poor performance and low motivation in the workplace.

It is now time for managers to face the truth about yearly reviews and see them for what they really are – mostly ineffective, outdated and pointless.

The traditional annual performance review rarely does anything to improve staff motivation, sense of purpose or output. In fact, it is usually a means to validate expenditure, lobby for bonuses and often to justify the review itself.  People simply don’t like doing them and that goes for both managers and staff.

But what’s the alternative?

It’s pretty straightforward. And it’s not rocket science. Managers should scrap annual reviews and switch to giving weekly feedback instead.

Simple performance science tells us that to improve, we need feedback. And the more immediate it is, the more likely we are to progress.

Recent research from the University of Alberta in Canada has found the mere thought of getting immediate constructive feedback will encourage performance improvements.

The research, titled Motivation by Anticipation: Expecting Rapid Performance, looked at the performance of students who thought they were going to get feedback anywhere between 0 and 17 days after a project was delivered. Those who expected to get their feedback immediately did much better, whereas performance got steadily worse as the gap between execution and feedback was increased.

Providing fast feedback is the way forward for all managers, but the process does have its risks.

Managers can presume it will be too time-consuming. Employees can fear micromanagement or criticism. For managers, the trick is not to see it as an extra burden on top of a busy schedule. Learn how to do it right and you’ll never look back.

Firstly, it’s coaching, not a review. Every employee feedback survey that I have undertaken sees staff complaining about a lack of coaching and mentoring. It is sporadic at best and completely absent at worst.

Coaching is not rocket science but an alarming number of managers don’t do it well, or at all. It’s about the simple art of asking and listening.

Feedback needs to be consultative, straight-talking and genuinely aimed at improving the skills of the team member. Coaching needs to be relaxed and conversational and by contrast, annual performance reviews are not structured this way.

Secondly, address one thing at a time. KPIs (Key Performance Indicators) are the Jekyll and Hyde of the workplace – they can be good, or very bad indeed.

If employees have no KPIs, they won’t know where start or how to improve. But if they have 30, they probably pay them little attention because they can’t remember what they’re supposed to be improving.

Don’t overload – just focus on one key area at a time.

And thirdly, be consistent. Most employees are conditioned to believe feedback initiatives will fizzle out. When they realise it’s going to be regular and constructive, the benefits will start to kick in. They will begin to feel more supported and engaged. And managers will see the eventual results in retention levels and overall performance of their team.

On the other side of the coin, not every manager wants to provide regular feedback and not every employee easily receives it.

But every manager needs to face the reality of annual reviews, and every employee deserves the best chance for improvement. Perhaps the traditional annual performance review needs its own evaluation.

Originally a performance coach for elite sporting teams and athletes throughout Australia and the USA, Tony Wilson works with executive leaders in many of Australia’s leading organisations to create a culture of high performance. His new book, Jack and the Team that Couldn’t See, will be published in August 2010 and available to order at: www.tony-wilson.com.au 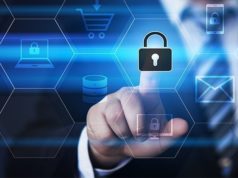 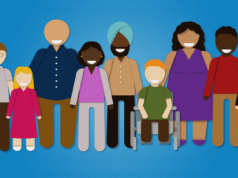