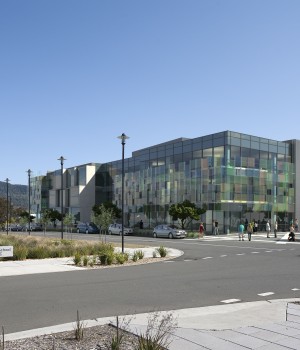 The three‐storey, 4,000 square metre iAccelerate Centre will provide a permanent home for the Illawarra’s rapidly growing number of start-ups.

iAccelerate will provide support, mentorship, professional services and access to seed funding for companies as they develop.

iAccelerate’s suite of programs, designed to assist entrepreneurs turn their concepts into companies, are currently located at a temporary home in the Mike Codd Building on UOW’s Innovation Campus while construction on the new Centre is underway.

The bricks and mortar can’t come soon enough. Since its launch in 2012, with just 20 spaces for entrepreneurs ‐ iAccelerate has helped 52 entrepreneurs and 25 start-ups, including ZestDesk which builds portable standing desks and Screen Weaver which specialises in online video production, focusing on product videos for retailers and manufacturers.

When complete, the new iAccelerate Centre will have more than 10 times the current location’s capacity. The building will feature ‘plug and go’ expandable space for more than 280 entrepreneurs.

Fostering entrepreneurship to strengthen the economy

The Director of Innovation and Commercial Research at UOW and iAccelerate CEO, Ms Elizabeth Eastland, said that reaching the start point for construction works show how much the university and state and federal governments are dedicated to fostering innovation.

“This is an exciting milestone and we will be eagerly watching progress on construction. The NSW Government’s support will significantly expand the growth potential of iAccelerate Centre and this will flow on to a growth in jobs and a well-diversified economy,” she said.

The funding for the Centre was part of the Restart Illawarra Infrastructure Fund, which provided $100 million in state government funding for 12 projects in the region.

Vice‐Chancellor Professor Paul Wellings remarked that the Illawarra region is undergoing radical economic transition, with the traditional manufacturing and heavy industrial base facing sharp employment declines, so iAccelerate will be in a prime position to take new and innovative ideas and turn them into high‐tech jobs for the region. 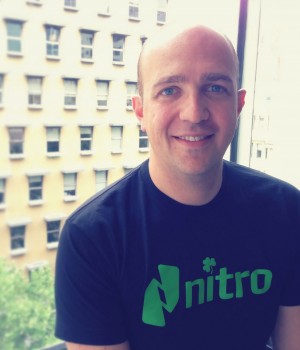